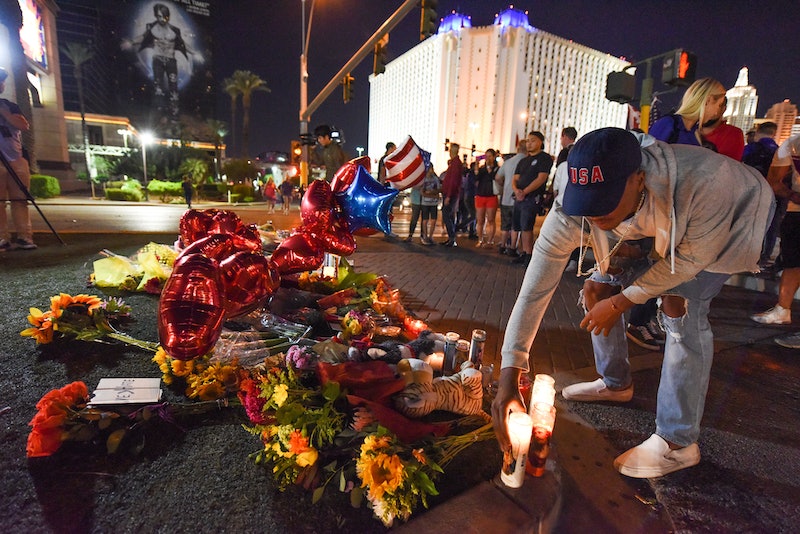 This week, the city of Las Vegas, Nevada was struck by a deadly mass shooting, one that left at least 58 people dead and more than 500 others injured. It's one of the deadliest acts of mass gun violence in recent memory, and since news of the staggering death toll and hundreds of injuries rolled in, many have described it as the worst mass shooting in American history. But is it? Was Las Vegas actually the deadliest mass shooting in U.S. history?

As Michael Harriot detailed for The Root on Wednesday, the oft-repeated claim that the Las Vegas shooting is the worst in U.S. history overlooks some truly heinous massacres of the past, ones in which race, and more specifically murderous white supremacy, were front and center.

To cite just one of the seven examples Harriot examines ― also highlighted in a recent Twitter thread by black activist and data scientist Samuel Sinyangwe ― the Elaine massacre back in 1919 saw an armed white mob hunt down and kill a confirmed 237 black people, more than four times the death toll seen in Las Vegas. Other incidents, like the Colfax massacre and the Bloody Island massacre, saw numbers of dead that similarly eclipsed the lives taken by the suspected Vegas gunman, making them deadlier, at the very least.

The question, then, is why these acts of historical mass violence are being overlooked? There's almost certainly a combination of factors at play, including a bias towards recent, modern events as opposed to ones nearly a century old, which precise definition of mass shooting you use, and of course, America's longstanding discomfort with, and outright evasion of, grappling honestly with its history of violent, deadly racism.

For instance, Harriot cites a definition of mass shooting used by the Congressional Research Service in 2013, which defines the category as shootings resulting in four or more deaths, and in which the victims are chosen "somewhat indiscriminately."

It also notes that the bloodshed in a "mass shooting" is "not a means to an end such as robbery or terrorism," and that definitely has an impact on the discussion. After all, the decision of white authority figures to gin up violent mobs to reign down assault and murder upon black people is about as direct and unambiguous an act of terrorism as it gets. It's not even particularly random or indiscriminate, either (although the motives in the Las Vegas shooting remain unknown); such mobs discriminated to the point of specifically targeting black people, laying bare the foundation of their racial terrorism.

Using a different definition that doesn't draw the seemingly arbitrary distinction about terrorism or robbery ― for instance, the one used by the folks who run the Mass Shooting Tracker ― these sorts of deadly racist massacres are viewed in a proper context.

The Mass Shooting Tracker defines the category as when four or more people are shot, regardless of whether or not they're killed, and pays no mind to the motivations of the shooter. Under this definition, something like the massacre of Black Wall Street, which saw somewhere from 75 to 300 people slain, would undoubtedly qualify.

It's also true that the modern American media might simply either not want to confront this history, or isn't well-versed enough in these incidents to do so. But it's important to remember, for history's sake and in order to learn from it, that mass killings by gunfire have been a dire part of this country's history for a long, long time, often inextricably linked with the power and fury of societal white supremacy. So the next time the media is discussing a harrowing mass shooting in historic terms, it's worth considering what might be getting left out.