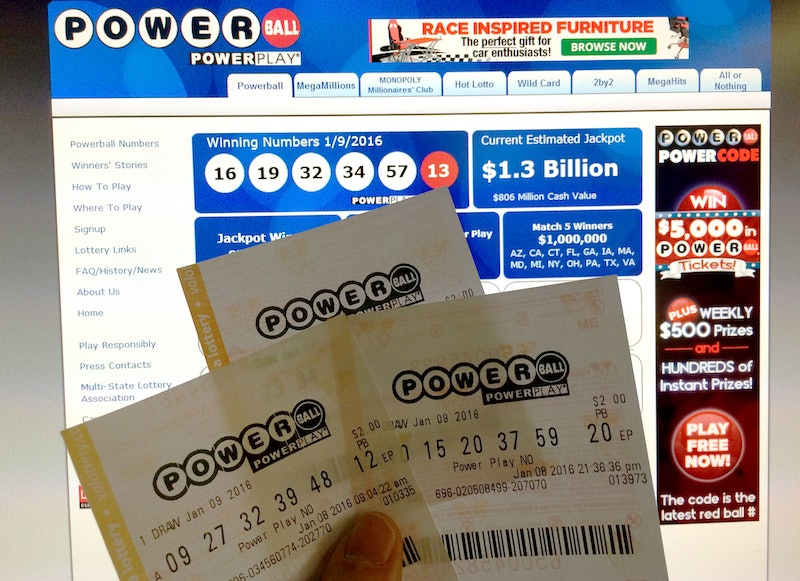 Wednesday evening's Powerball prize came out to $700 million, making it the second-largest lottery jackpot in its history. According to The Washington Post, the person who won the prize had a one in 292 million chance of winning — up from one in approximately 175 million two years ago, when Powerball still used 59 total balls. Now, it uses 69, making it that much more difficult to win. So if someone claims the prize on Wednesday, they should consider themselves extremely lucky. Given the increase in possible number combinations, what were the winning Powerball numbers? The person holding a card with 6, 7, 16, 23, 26, and Powerball 4 made the right choice — assuming that someone actually comes forward with the winning combination.

The Post reported that the Powerball jackpot has been growing since June. It reached the $700 million mark after drawings, which occur twice a week, failed to yield a winner. Consequently, more and more people entered the lottery, significantly driving up the prize amount, and the $700 million figure is expected to rise rapidly if nobody wins following Wednesday's drawing. In fact, the new prize could claim the record for the largest lottery jackpot in history — a record that currently sits at $1.6 billion.

If you think you hold the winning card with the numbers mentioned above, make sure to safeguard your ticket and avoid announcing to the world that you won the lottery. Instead, start thinking about the best way to claim your prize. If you hold the winning numbers, there are two ways to do this: as a lump sum or an annuity.

According to Business Insider, the annuity distributes the jackpot to the winner in 30 payments. If you choose this option, you would get one immediate payment upon victory, followed by one payment every year for 29 years. The Powerball website states that the annual payment increases by 5 percent every year to "keep up with the cost of living."

The other option is a lump sum; taking this option would entail claiming the entire cash value of the prize in one go. However, the lump sum isn't quite as high as the jackpot's total value. If a winner is drawn on Wednesday and they choose the lump sum option, they would receive $443.3 million. It's still an enormous amount of money, but it doesn't come out to the $700 million figure that has been making so many headlines. Choosing between the lump sum and the annuity option often requires a winner to consider their tax situation, as well as their ability to manage money over time.