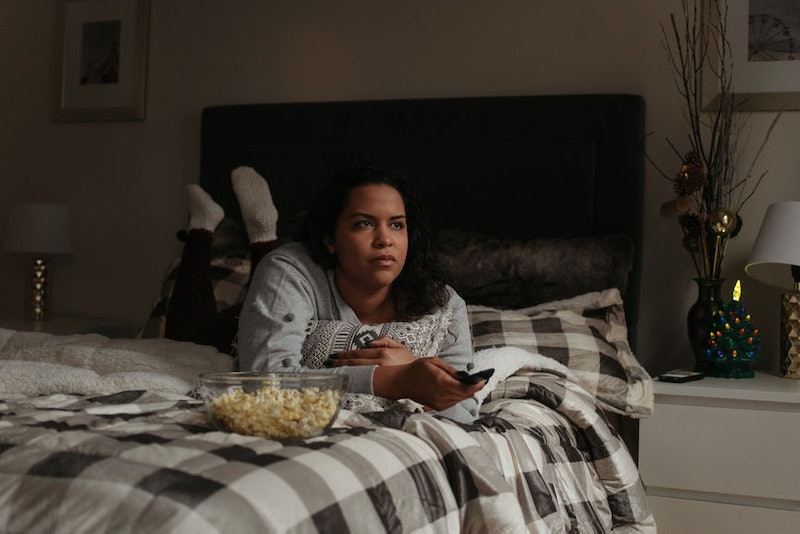 One of the highlights of the Christmas season can be curling up on the sofa and enjoying the exceptional TV lineup. From Christmas Eve onwards viewers are treated to an array of television specials, one-off dramas and all the usual festive classics. But a wide variety of options can make the Christmas television landscape a very competitive one between major broadcasters, so what will be the most watched Christmas TV show in 2018?

Well, according to the Metro, bookmakers are fairly certain that the 2018 Mrs. Brown’s Boys Christmas special will be the most-watched programme on Christmas Day. In the past, the BBC sitcom has managed to draw in huge Christmas Day ratings, with the previous three specials appealing to over six million viewers — and a massive nine million consolidated viewers, which adds in those watching on the broadcaster's catch-up service.

Bookies have currently given Brown's Boys odds of 6/4 to become to most watched Christmas Day programme, closely followed by the Strictly Come Dancing festive special with odds of 2/1. The BBC drama Call The Midwife and long-running soap opera Eastenders currently enjoy odds of 2/1 and 7/2, respectively. When discussing the likelihood of the sitcom becoming the most watched once again, Harry Aitkenhead from the bookmakers Coral, said "Mrs. Brown’s Boys was a surprise winner of top spot last Christmas Day but it’s back again for more this time and we’re expecting it to prove just as popular. We make it the favourite to be the nation’s favourite show this year."

Aitkenhead went on to add: "The BBC had eight of the 10 most watched programmes last year and that gives us a few clues as to where the most watched might come from this year. Eastenders is always popular and something like Michael McIntyre’s Christmas Show could pull in a lot of viewers too."

Although anticipation for the new festive episode remains high, there are fears that this could be the final outing of the hit BBC sitcom. According to the Metro, the series could be facing the axe in the new year, and the are some reports that show creator, Brendon O'Carroll, wants to focus on the show's spin off All Round To Mrs Brown’s — the third season of which is set to air in 2019. When discussing the future of Mrs. Brown's Boys, O'Connell said "We are booked to do Christmas specials for the BBC until 2020 but if they go, 'We are going to drop you as we don’t think it’s strong enough' then I’d kill Agnes off," he than went on to add "Our final episode would be the funniest show I’ve ever written for the first 24 minutes. Then the last four minutes would break your heart."

One notable absentee from this year's Christmas Day lineup is the iconic science fiction series, Doctor Who. Despite enjoying a triumphant eleventh series with the debut of the first ever female Time Lord, fans were left disappointed when the BBC revealed that there would be no festive special in 2018. However, fans breathed a sigh of relief when they learned that a New Year's Day Doctor Who special will indeed be going ahead. Phew.