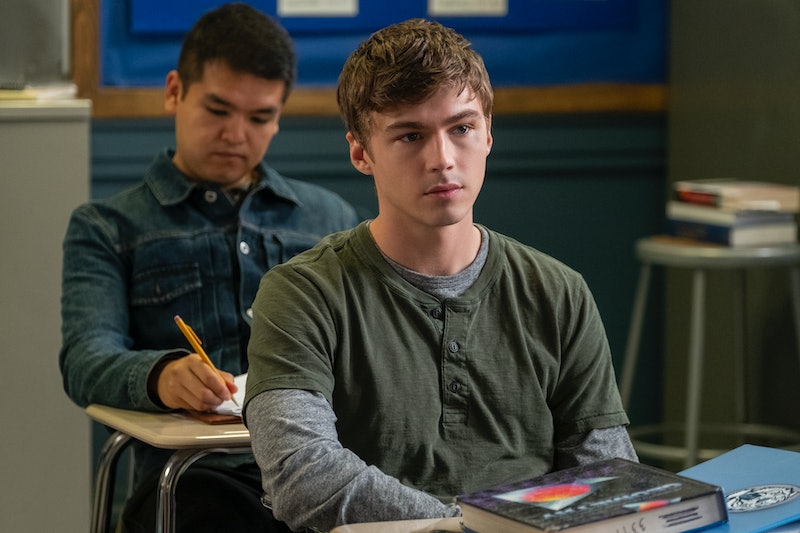 Both of them are, in some way, responsible for the death of Bryce Walker on the night of the homecoming game. Jessica watched as Alex pushed Bryce into the river, where he later drowned — because prior to Alex and Jessica's arrival, Zach Dempsey beat Bryce up and broke several of his limbs. However, as the cops point out to Zach when he confesses, what he did is classified as assault and battery — not murder. Alex Standall is ultimately the most responsible for Bryce Walker's death, and Jessica Davis is both a key witness and an accessory to that crime.

The other people who know, besides Alex and Jessica, include Zach, Tyler, Clay, Ani, Tony, Justin, and their new conspirator/friend Charlie. Deputy Standall, Alex's father, also knew the truth for a while. During Ani's deposition, he admitted to recognizing the tire tracks from his wife's car at the scene of the crime. He also, in a previous episode, noticed footprints that indicated a limp corresponding to Alex's injuries, not just Zach's. He has been withholding evidence and covering up for his son this whole time. Ani convinces the deputy to frame Monty for Bryce's death and "let the dead bury the dead," so to speak. If and when the truth comes out, a lot of people are going down for this.

At this point, honestly, it wouldn't be surprising if the FBI showed up in Season 4 to hold everyone accountable for these crimes. If Alex and Jessica are caught, they're pretty screwed. Alex could be charged with manslaughter; since he didn't come to the docks to kill Bryce, wasn't premeditated. A lawyer may argue that pushing Bryce into the water did not directly cause his death. However, he and Jessica did flee the scene and they are no longer minors. Justin and Sheri served time in juvenile detention, and Clay was put under a kind of house arrest, but Alex, Jessica, and Zach are looking at actual jail time now. Even Deputy Standall could be charged for the coverup and destroying evidence.

Winston is one crucial loose end to worry about if Alex and Jessica are going to evade getting caught. The Hillcrest student never talked to the police, but he's Monty's alibi for the night Bryce died, as the two were together hooking up after the homecoming game. Winston didn't know Monty that well — and aside from their romantic interaction, he wasn't even kind toward him — but Winston could seek justice for Monty's reputation by coming forward and testifying to his innocence.

Plus, at the end of Season 3, all of Tyler's guns that Clay and Tony dumped into the river are found by fishermen in a boat aptly named "Predator." Remember: not only is this group covering up Bryce Walker's murder, they are also covering up the fact that Tyler Down brought weapons to Liberty and intended to commit a school shooting on the night of the Spring Fling. They've been keeping quiet about that for months. On the record, it was a false alarm. Ani revealed what really happened in her deposition. Now that the guns have been discovered, the authorities will know just how many lies there are.

Alex and Jessica are friends again, bonded through murder, and they have a support group of teens and adults. However, when this all unravels in 13 Reasons Why Season 4, the two of them have the most to lose. This case can't and won't stay closed forever.