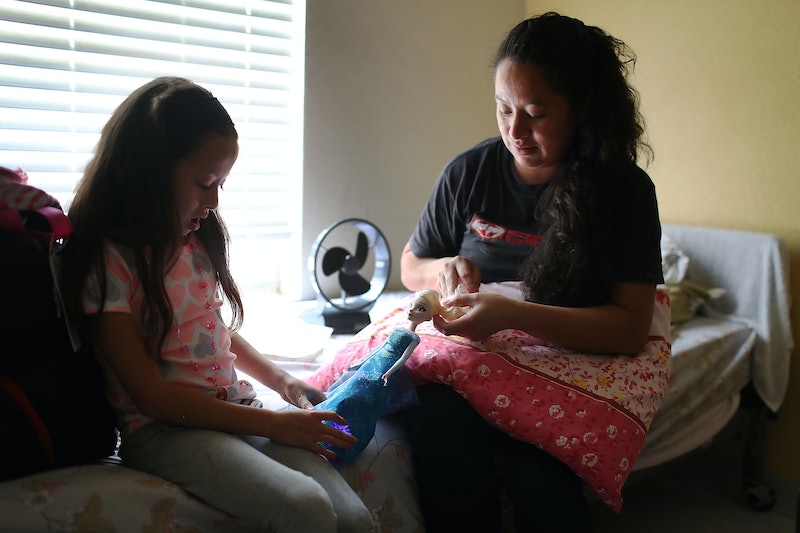 Wednesday marked the deadline for the Trump administration to reunite all immigrant children who were separated from their families at the border as a result of Attorney General Jeff Sessions' "zero-tolerance" policy. But by late Thursday, more than 700 children remained separated, according to CNN. As for what could happen to immigrant children who haven't been reunited with their families, the options appear limited.

Of the 711 children who are still separated, 46 are toddlers, The Independent reported. But the federal government says it has met the court-ordered requirements for reunification.

CNN reported that there are a few things that could happen to the 711 children still in government custody:

Young also told CNN that 90 percent of kids in ORR custody are released to sponsors, who are often other family members, and are sometimes the child's parents. Some of those cases will include kids who are part of the 120 whose parents reportedly waived their rights to reunification. The ACLU claims many of those parents may not have been aware what it meant to waive their rights, according to The Independent. ACLU lawyer Kathryn Shepherd wrote in a court affidavit, according to The Independent, "One father was told that if he didn’t sign the form presented to him, then he would not see his daughter again."

The ACLU also isn't giving up on reuniting the 431 children whose parents were deported, though the task will obviously be very difficult. ACLU lawyer Lee Gelernt told The Los Angeles Times that many of the deported parents who were asylum seekers “may not want their country’s government looking for them."

Nan Schivone, legal director of immigrant rights group Justice in Motion, told the LA Times that they're now doing the government's job: “We shouldn’t have to search high and low for the people the government separated from their kids. The government should have kept better track.”

In addition to donating to Justice in Motion, you can donate to two additional groups helping to reunite deported parents with kids still in government custody: Al Otro Lado and Kids in Need of Defense.