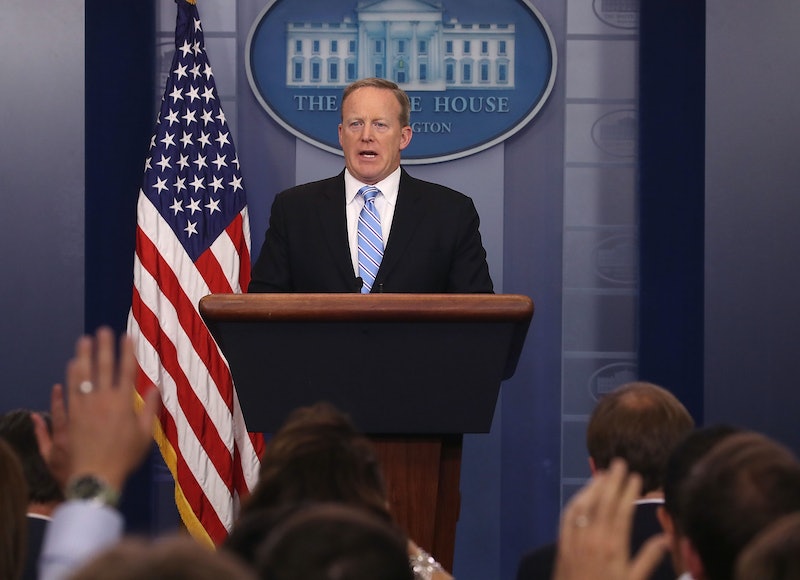 Spicer is perhaps the most high-profile resignation of a Trump administration official since National Security Adviser Michael Flynn resigned in February (though just last night, two lawyers that were part of Trump's legal team defending him in the Russia investigation resigned, as well). Since Spicer was often the public, yelling face of the Trump administration, his departure has been an opportunity for many who had grown used to following his contentious briefings with reporters and making fun of him on Twitter to do what they do best, and make fun of him more. And so it looks like plenty of people have been quick to opine what Sean Spicer should do next now that he no longer has a job yelling at members of the press.

Some reminded us all of Spicer's job years before he was press secretary, as the White House Easter bunny.

Personally, I'm excited for what I imagine will be an excellent book about the crazy 182 days Spicer spent working for a tumultuous administration where apparently many of his co-workers hated him.