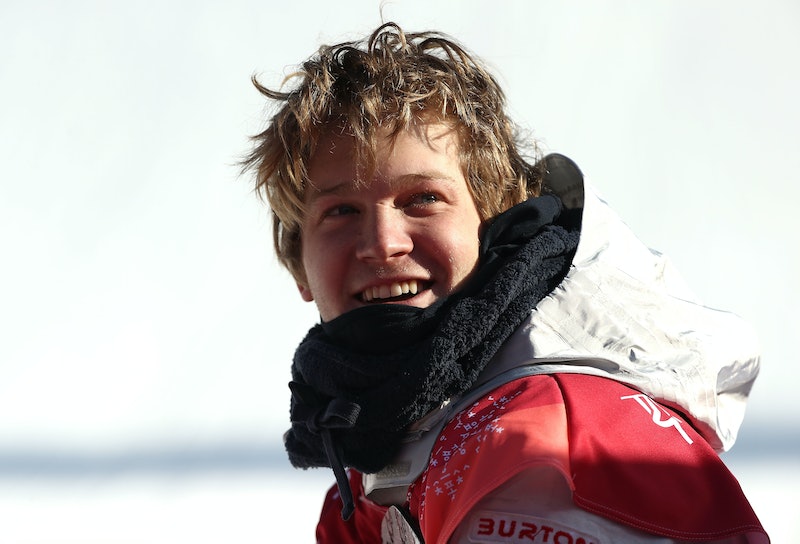 On Friday, American snowboarder Kyle Mack pulled a trick that vaulted his standing during the men's big air final, one with a very dramatic name. But if you missed it, or are only seeing the social media reaction, you might be wondering what a "Bloody Dracula" is.

The simple answer is that it's a showstopping move, and the name speaks to the dangers of messing it up. As Mack told The Detroit Free Press prior to the big air competition, the Bloody Dracula is so named because failing to land it can leave a person with a bloody face. Mack did land it during the men's big air final, however, and it clearly paid off, as it pushed him into second place, and firmly in contention for a medal.

The reason the move is so hazardous to the face is that it forces the snowboarder to point the nose of their board straight down towards the snow while they grab it behind their back. If they can't get the board re-positioned underneath themselves before landing, they're vulnerable to face-plant into the snow. There was a lot of speculation prior to his events whether Mack would try one, but clearly, he did more than just attempt.

As The Denver Post detailed early in the Winter Games, Mack didn't hide his excitement at the possibility of pulling off the epic trick.

"I’m really hoping to pull that trick out with a bigger spin,” the 20-year-old Mack reportedly said. “It’s really unique to me and not many people do it, so just adding that kind of style and technicality to my run is something I like to do and it makes me stand out."

Unfortunately, Mack fell at the end of his final jump in the big air finals, costing himself a chance at a gold medal in the first Olympics of his life. He nonetheless ultimately finished with a silver medal, however, the first Olympic medal of his career. The gold was claimed by 25-year-old Sebastien Toutant of Canada, a feel-good story, considering he'd likely be past his prime by the time the next Winter Olympics rolls around.

Mack, at just 20 years old, is well-positioned to return for another Winter Olympics in 2022. He's far from the only American to dominate on the snowboard in these games, even though he didn't quite win the gold ― Chloe Kim, Shaun White, Red Gerard, and Jamie Anderson are also leaving PyeongChang with gold medals, and Anderson also has a silver in the women's big air.

The 2018 Winter Olympics have been jam-packed with some of the highest-level athletic competition the world has to offer, but it's not going to last much longer. The closing ceremony will be taking place very early in the morning on Sunday, Feb. 25, and it will be broadcast in primetime by NBC later that day, at 8:00 p.m. ET. For the sake of clarity, that's 5:00 p.m. for viewers who live on the west coast.

If you've been watching the Olympics up to this point, then you'll probably want to make the time to watch the closing ceremony, as it figures to be full of artistry and pageantry, just like the opening ceremony was. It'll also close the history books on some iconic Olympians who might not have another Olympics in their futures.

Indeed, the next couple of days will see the last Winter Olympics events that will be held until four years from now; the 2022 Winter Games will be played in Beijing, China, the same city that hosted the Summer Olympics a relatively short 14 years prior.

More like this
Watch Emma Raducanu’s Incredible Response To Her Early Wimbledon Exit
By El Hunt
The Nike & Jacquemus Collab May Have Been Inspired By Princess Diana
By Frances Stewart
7 Expert Tips For First-Time Pickleball Players
By Carolyn Steber
The 10 Best Longline Sports Bras, According To Reviewers
By Danielle Calma
Get Even More From Bustle — Sign Up For The Newsletter