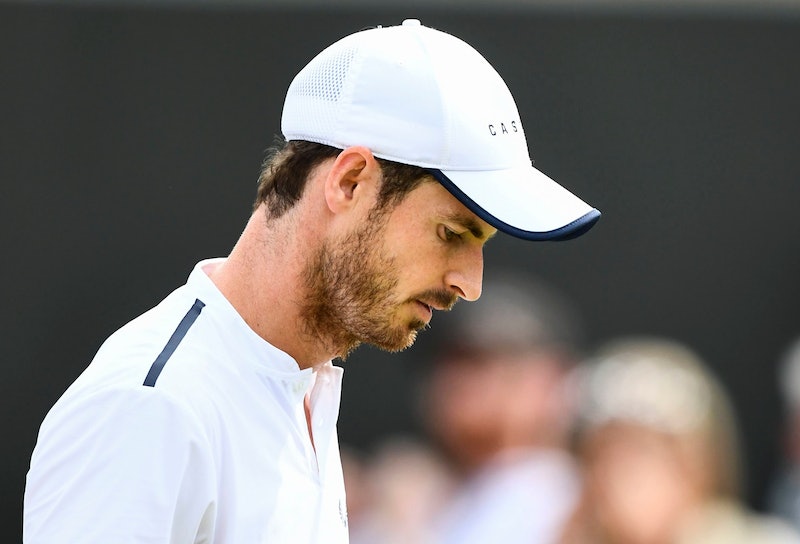 The life of the biggest name to emerge from British tennis is at the centre of Amazon Prime's latest documentary. Throughout his massively successful sporting career, Wimbledon champ Andy Murray has primarily become known for his impressive tournament accomplishments, however, the tennis pro is also linked to one of the darkest days in British history. But what is Andy Murray's connection to Dunblane?

As iNews reports, Murray and older brother Jamie were both pupils at Dunblane Primary School. In 1996 the school was the site of a tragic shooting when Thomas Hamilton murdered 16 children and one teacher, before turning a gun on himself. The shocking nature of the tragedy captured the attention of the world's media, and the long-term emotional effect of the 1996 Dunblane massacre still haunts Murray to this day. Throughout Amazon Prime's Andy Murray: Resurfacing, the tennis superstar will open up further about what he experienced during that fateful day, and as the BBC reports, Murray touches upon how his personal connection to the gunman made the recovery process even more traumatic. In the doc, the sportsman reveals how he was forced to hide within the headmaster's study as the shootings were taking place, and describes the difficulty of reflecting on his personal relationship with Hamilton, which had formed during visits to the killer's kids club prior to the incident.

Speaking in the Amazon Prime film, which is available to stream on Friday, November 29, Murray also opens up about his battle with anxiety, much of which was brought on by the Dunblane massacre — that was followed by his parents difficult divorce, and brother Jamie's departure from the family home. Describing the year following Dunblane, Murray also explains how he experienced "lots of anxiety" around that time of his life, and revealed that he views tennis as being "an escape" which allows him to "be that child."

In addition to his traumatic childhood experiences, producers have revealed the documentary will feature "in-depth" interviews with those closest to the tennis star, including his family, his team members, and biggest rivals — such as Rafael Nadal, Novak Djokovic, and Roger Federer. So, if you're looking forward to learning more about the life of Britain's most celebrated tennis player, you don't want to miss Andy Murray: Resurfacing, which is available to stream on Friday, November 29, on Amazon Prime.