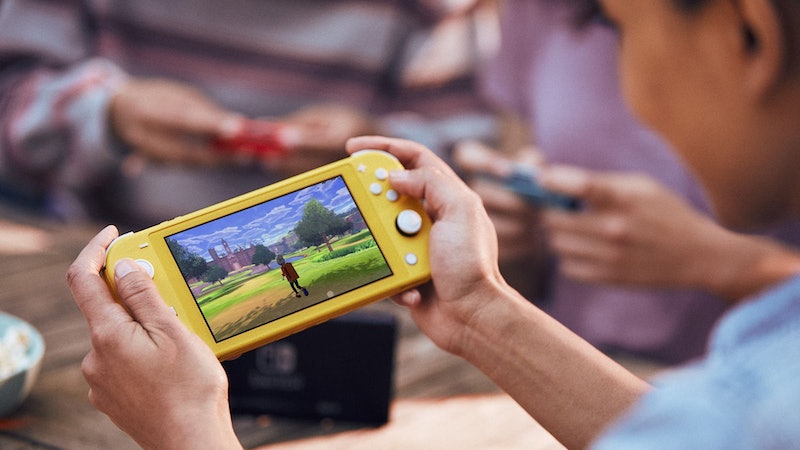 Since its debut in 2017, the Nintendo Switch has become one of the world’s most popular home consoles. Although, with a hefty price tag ranging between £280 and £360, buying a Switch is quite an investment. Well, all this is about to change as Nintendo introduced the Switch Lite yesterday (July 10), which will launch on September 20. Designed solely for handheld play, the Switch Lite will retail at $199.99 (around £160), making it the most affordable choice for those who haven’t experienced what the console has to offer. But what’s different about the Nintendo Switch Lite, and what similarities does it share with the original console?

For those unfamiliar with the Nintendo Switch, its primary selling point is that it’s a hybrid home console. Unlike the PlayStation or Xbox which can only be used when hooked up to a monitor, the Nintendo Switch has two detachable joy-con controllers, which allows you to use console in handheld or tabletop mode (using the kickstand on the console and removing the controllers) or via a monitor when the device is placed in its docking station. With three options of gameplay to choose from, the Switch gives you a variety of ways to play your favourite games.

Even though the Switch is such an innovative console, many players prefer to play solely in handheld mode and at an affordable price — which is where the Lite comes in. Being £80 cheaper than its original counterpart, there’s obviously going to be some cutbacks on what the Switch Lite will offer but looking at the console’s specs it’s not all that different.

Obviously, the Lite is targeting a handheld audience so you won’t be able to connect the device to a monitor — this also means that you won’t be paying for a docking station either. And instead of being able to remove the Joy-Cons, the controllers are now fused to the device as was the case with the Switch’s predecessor, the Wii U.

As Nintendo details on their official site, the Lite is smaller and lighter, measuring in at 3.6” high, 8.2” long, and .55” deep compared to the original which is 4” tall, 9.4” long, .55” deep (with Joy-Con attached). The touchscreen is also a few inches shorter, clocking in at 5.5” as opposed to 6.2”, but still has a screen resolution of 720p. When it comes to battery life, the Lite will run for approximately 3-7 hours in comparison to the Switch, which runs for about 2.5-6 hours thanks to the absence of Joy-Cons.

Despite its differences, the performance on both consoles are identical as Wired reports, and the Lite “still supports Wi-Fi, Bluetooth and NFC, and has built-in gyro controls.” The only thing you’ll need to look out for with the Lite is whether your game library is compatible with the system, as the Lite does not support TV or tabletop mode. That’s not to say that these games aren’t playable though, as all you have to do is connect wirelessly connect Joy-Con. If you don’t have a Switch already, you can buy these controllers on their own.

It remains to be seen whether Nintendo will release a pro version of the Switch in the future, but as Wired points out, the original Wall Street Journal article that predicted the Lite’s release also mentioned the possibility of a Switch-Pro, so here’s hoping.