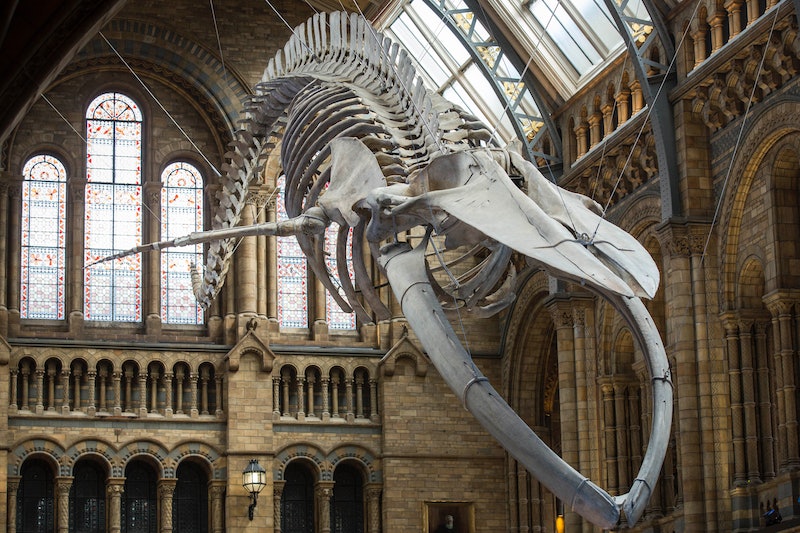 Multiple people were injured in South Kensington, London, Saturday afternoon local time. According to breaking reports from the BBC, the incident appears to be the result of a car colliding into pedestrians near London's Natural History Museum. The driver of the vehicle has reportedly been taken into custody.

Police say injuries are minor, but many armed officers remain on the scene as authorities investigate the question of a motive.

BBC reporter Chloe Hayward, who happened to witness the collision upon exiting the museum, described the vehicle careening off the road toward a crowd.

"I could see was a car diagonally across the road, looking like it was going into one of the boulders on the side of the road, and I could see a crowd of people around what was clearly one or two people on the pavement," she said.

Metropolitan Police released a brief report on the incident, but has not yet provided any further details about the identity of the man who was detained at the scene. In a tweet, the police department wrote that authorities wanted to ensure their information was accurate.

Other accounts of the incident continue to roll in. A pedestrian who had been walking on the same side of the street as Hayward said she and a friend who witnessed the incident thought they'd heard shots ring out.

"When waiting for the light, we heard what I thought was gunshots and saw a car drive over the pavement," an anonymous woman told the BBC. "We just ran. My friend dived on the floor and cut her hands." She said when the scene "calmed down" she saw a man on the ground being taken into custody by police.

Another bystander told the BBC he heard "a horrible thudding noise and a car engine" while in line at the museum. "Everyone started running and screaming inside," he said. "We ran in, everyone was following us, and then all the security guards ran out and they closed the main entrance. There was much confusion before the police got there."

Recent vehicular terrorist attacks may be partly to blame for the panic that ensued in London Saturday afternoon. Following an April attack in Stockholm, involving a driver plowing a truck into a crowd killing four, Swedish Prime Minister Carl Bildt speculated that vehicular attacks seem "to be the latest terrorist method."

Just in June, seven were killed and 48 were injured in a terrorist attack that began when a van drove into pedestrians on London Bridge. After swerving into the crowd, the drivers reportedly exited the vehicle and proceeded to Borough Market, where they slashed customers in the market's restaurants and bars. Weeks later, another van drove down a group of people who'd attended a nighttime prayer session at London's Finsbury Park Mosque, killing one and injuring nearly a dozen.

And in August, Barcelona was devastated by a terrorist attack involving a van plowing into pedestrians walking on Las Ramblas, a popular tourist spot. The driver killed 13 people and injured 100.

Exhibition Road, where Saturday's events in London took place, is also known as a tourist destination, boasting three of the city's major museums — the Natural History Museum, the Science Museum and the Victoria and Albert Museum — all of which have been evacuated as a precaution. According to Reuters, the Natural History Museum itself is the United Kingdom's fourth most popular tourist spot, boasting millions of visits a year.

The outlet reported that at the time of Saturday's incident, Britain was already on its "second-highest security level, meaning an attack by militants is considered highly likely."