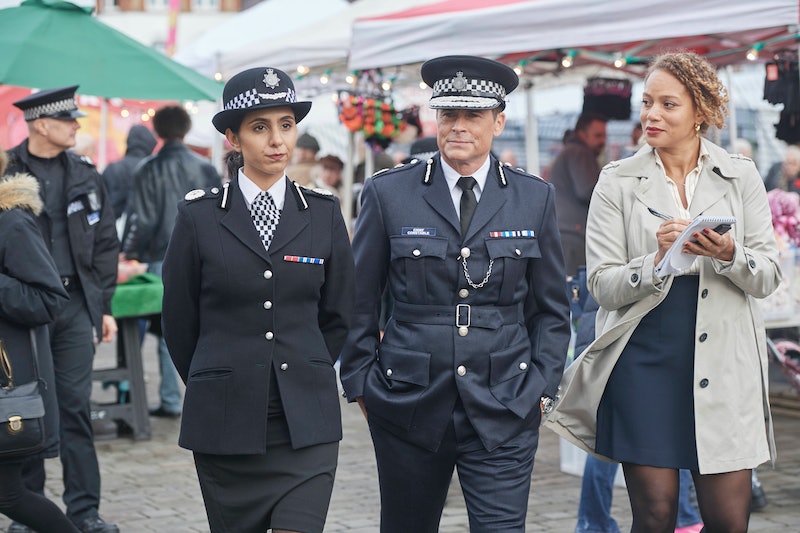 For a show based in a large county like Lincolnshire, you'd expect the characters in Wild Bill to speak with the accents synonymous with the region. Well, as viewers pointed out on social media during the premiere of the first episode, this didn't turn out to be the case. So what is the accent in Wild Bill, and why were viewers dismayed at what they heard?

While viewers were praising the comedy and acting of those surrounding the American chief constable Bill Hixton (played by Rob Lowe), many were quick to take note that there were little to no characters speaking with a Yorkshire accent despite being set in Lincolnshire.

Full disclosure — as someone from Hampshire, I'm hardly the person to tell the difference between a Yorkshire and Lincolnshire accent as I'm not particularly familiar with either of them. But what I am familiar with is the similar backlash that Broadchurch received when viewers felt that the accents on that ITV drama strayed more into Somerset territory than Dorset. With Wild Bill, you've only got to take a quick scroll of the #WildBill hashtag on Twitter to see how baffled people were.

Although in both cases, the stories are set in two counties that border numerous others with distinctly different accents, so the mistake could be put down to confusion on the production's side. Either way, when you're from a particular area that's being depicted on TV, it's hard not to notice when something isn't done right — especially when it comes down to the way you speak.

Despite all this, it seems that those who reside in Boston are happy with the way that their town is represented in the first episode. As the Boston Standard notes, the premiere gave locals a chance to see "familiar locations provide a backdrop for events." And while there are some artistic liberties thrown here and there, it's a "thrill" to see their town on screen, even when the show's focus strays towards "the parts of life that no town would have in its tourist brochure."

The Lincolnshire Police also had a say in what they thought of the show as The Sun reports, and judging by their hilarious Twitter feed last night they weren't so happy with some of the inaccuracies. "Ever watched a police drama with someone who works for the police? We are ten minutes into #WildBill (new police drama set in #Boston)... and some of the inaccuracies are criminal... but we'll try out best not to point them all out!" one tweet read. "To any criminals out there watching #willbill on @ITV... rest assured, we carry out meticulous scene examinations and we use your DNA to convict you," said another.

Speaking of criminal inaccuracies, the Boston Standard also points out that despite Wild Bill making "a number of references to the town having 'the highest murder rate in England'," the research that this statistic is believed to have been lifted from actually reported "the number of homicides that year [were], in fact, two."

Viewers — and Lincolnshire natives — will have to wait and see whether these discrepancies will be corrected in the next episode, but until then remember there is a big difference between the accents of Lincolnshire and Yorkshire.