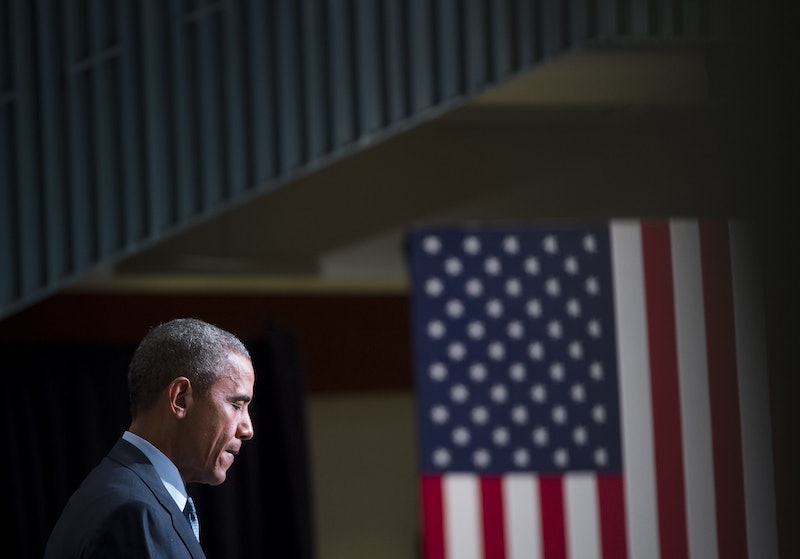 On Jan. 17, 2017, President Obama made perhaps the highest-profile clemency decision of his presidency, in its final hours. Namely, he granted a commutation to Chelsea Manning, the U.S. Army soldier who downloaded hundreds of thousands of classified U.S. files and gave them to Wikileaks, resulting in convictions that landed her a 35-year prison sentence back in 2013. But, what is the difference between a commutation and a pardon? With all the public calls to pardon her in recent weeks, her commutation raises the interesting question.

The answer, luckily, is fairly simple. While a commutation is an act of clemency that a president may take to slash the length of somebody's punishment, as Obama has in Manning's case, a full-fledged pardon entirely undoes the initial conviction. That's how Brennan Center for Justice president Michael Waldman described the distinction to ABC News back in 2007, after when President George W. Bush commuted the prison sentence of a former White House aide: "[A] pardon wipes out the conviction while a commutation leaves the conviction intact but wipes out the punishment."

In other words, if Obama had pardoned Manning, it would mean it was effectively the official position of the American government that she had done nothing wrong, as reflected by their decision to undo her conviction entirely. By merely commuting her sentence, the conviction remains intact ― Manning will continue to live her life as someone with multiple espionage convictions on her record, although she'll get to do so without being held behind bars any longer.

Manning, 29, was convicted back in 2013 and sentenced to 35 years in prison, minus time already served. In 2010, when she accessed and downloaded the massive trove of classified U.S. materials, she subsequently provided them to Wikileaks, setting off one of the biggest mass disclosures of American classified material in history.

Wikileaks had advocated vigorously for Obama to grant her clemency in the days leading up to the announcement, calling for her to be freed on Twitter, and even stating that its founder and chief Julian Assange would submit to U.S. extradition if the clemency was granted, "despite clear unconstitutionality of DoJ case."

In any case, Manning's release date is now set for exactly five months following the date of Obama's commutation ― May 17, 2017. Had her sentence not been commuted, she would've been in her late 50s by the time her 2045 release rolled around.