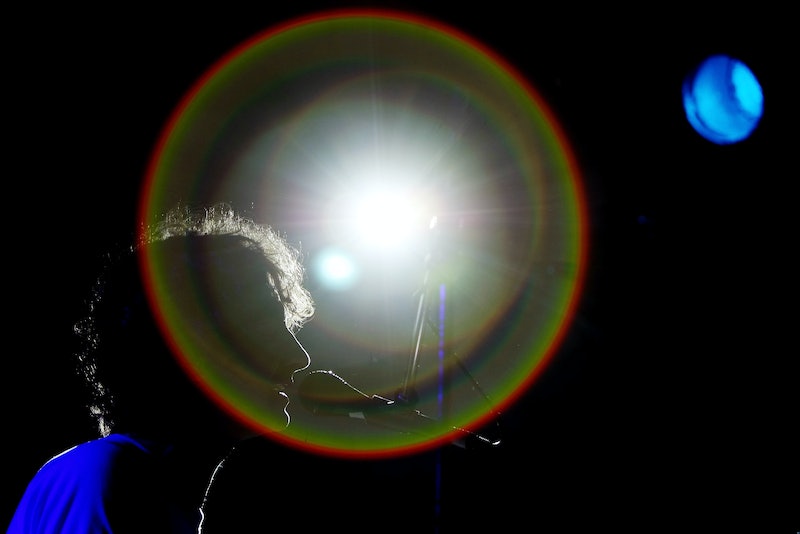 While the words might trigger similar thoughts of fancy fitness establishments and cycling classes, there's a real difference between solstice and equinox and neither of them have anything to do with physical fitness. Each year, there are two solstices and two equinoxes and while they both signify a change of season, the two are incredibly different — opposites, even.

An equinox is an event that happens twice a year. The word "equinox" actually comes from a Latin term meaning "equal night." That's because during an equinox, it's believed that all areas of the Earth's surface experience an equal amount of daylight and darkness — 12 hours each. That's easy to remember, right? In autumn, the equinox (Sept. 21) is in the northern hemisphere, and in spring, the equinox (Mar. 20 or Mar. 21 — it varies from year to year) is in the southern hemisphere. So, the equinoxes are the times of the year where the part of the Earth closest to the sun is the exact equator. So when everything is aligned, everywhere from the North Pole to the South Pole will get the same amount of sunlight — but only on those two, equinoxes, in September and March — the exact dates of which, might change up to three days, depending on year.

A solstice is an event that also happens twice a year. The word "solstice" comes from the Latin word "sol" meaning sun, and "sistere" meaning to make stand. The way we understand it literally is that it describes the moment that the sun reaches its northern or southernmost point. In essence, the sun is standing. More specifically, it occurs when the Sun's path is farthest from the equator. In the Northern Hemisphere the summer solstice happens in June, and in southern hemisphere, the solstice happens in December — hence why the seasons are reversed in each hemisphere. So the winter solstice (Dec. 21) is the shortest day of the year while the summer solstice (Jun. 21) is the longest day of the year.

TL;DR? The biggest difference between the equinox and the solstice is that a solstice is the point during the Earth's orbit around the sun at which the sun is at its greatest distance from the equator, while during an equinox, it's at the closest distance from the equator. Because of this, one solstice is an extremely long day, and the other is an extremely short day. Comparatively, during an equinox, the days and nights are equal lengths. That's the easiest way to describe our experience on with the solstices and equinoxes. While scientifically speaking, their effects might be greater, all we really notice from Earth is the amount of daylight we receive. And even that, since the effects are so slight, might not be that noticeable.