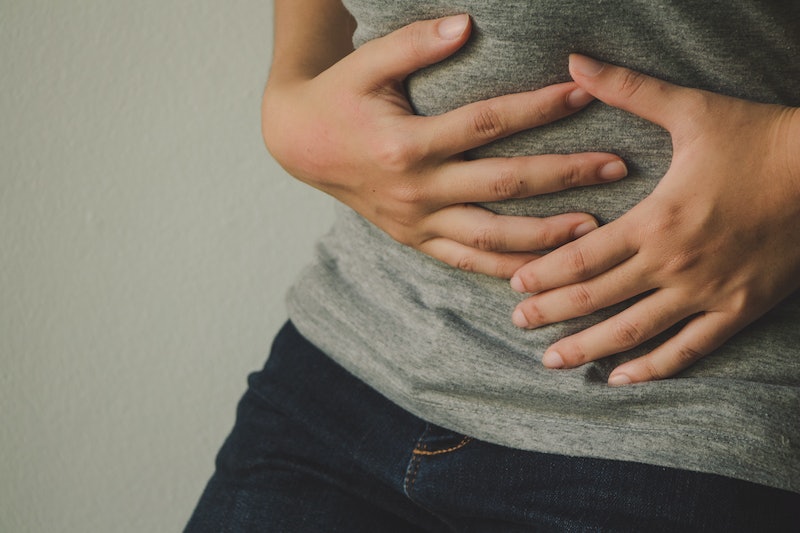 Thanks to people bravely sharing their stories and organisations pushing for further research, endometriosis is becoming more understood in society. But a similar condition, adenomyosis, still results in people scratching their heads. With similar symptoms, the difference between endometriosis and adenomyosis may not be obvious. But the two conditions deserve their own space in the medical world.

According to Endometriosis UK, 176 million people across the world have endometriosis. Roughly the same figure is estimated to have adenomyosis, states the NHS. Both are disorders of the endometrial tissue, both can be incredibly difficult to diagnose (the average diagnosis time for endometriosis is currently over seven years), and both can result in a decreased quality of life. Despite these similarities, they do have their differences.

What are endometriosis and adenomyosis?

As Healthline reports, endometriosis occurs when cells similar to those which line the uterus grow outside of it — around the ovaries, the fallopian tubes, and even the bowel, bladder, and intestines. Adenomyosis is characterised by the growth of similar cells. However, with this condition, these cells grow inside the walls of the uterus. No matter where they are, these cells follow the menstrual cycle pattern, usually resulting in painful symptoms.

It is also common for people to have both endometriosis and adenomyosis, as demonstrated by a 2017 study published in the Fertility and Sterility journal. An analysis of 300 people concluded that 42 percent of participants with adenomyosis also had endometriosis.

What are their symptoms?

The symptoms can be vastly similar. Endometriosis is commonly characterised by painful, heavy, or abnormal periods or pain when having sex or going to the toilet. People may also experience nausea and fatigue, especially during their period.

Adenomyosis symptoms tend to be the same (minus the tiredness and sick feelings). In an interview with the BBC, one woman with adenomyosis described the pain as "10 times worse" than childbirth. A link between both conditions and fertility issues has been found. It is also worth noting that, according to the NHS, a third of people with adenomyosis will have no symptoms.

How are the conditions diagnosed?

Adenomyosis is considered to be more difficult to diagnose than endometriosis, potentially because less is known about it. However, both can often be confused with other pain-causing conditions.

The only definitive way to diagnose endometriosis is via a laparoscopy, writes Endometriosis UK. This is where a camera is inserted into the pelvis to look for signs of endometrial tissue growing where it shouldn't.

Adenomyosis diagnosis can be less invasive. The disorder often causes the uterus to swell, so a doctor may be able to feel this from the outside, reports Healthline. Scans such as a sonogram or MRI may also be carried out to confirm a diagnosis. If it is proving to be tricky, a saline solution may be injected into the uterus prior to a sonogram to provide a clearer image. This is known as a sonohysterography. An internal transvaginal ultrasound may also be an effective diagnostic tool as it can detect at least half of adenomyosis cases.

What are their treatment options?

Some people decide to do nothing or simply use over-the-counter painkillers to alleviate symptoms. If symptoms are more severe, a hormonal method may help. For adenomyosis, this often involves a contraceptive pill, implant, or injection prescription, writes Medical News Today. A similar contraceptive method may be recommended for endometriosis along with hormonal injections or the fitting of a coil.

There are various other non-invasive options as well as surgical ones. MRI-guided focused ultrasound surgery falls into the latter category, states the Focused Ultrasound Foundation, and can thermally destruct adenomyosis-causing tissue without damaging normal tissue. According to the NHS, uterine artery embolisation (where particles are injected into blood vessels to cut off blood supply to adenomyosis) may temporarily improve symptoms. However, they have been known to return with this method.

Surgically, lasers and similar can be used to destroy affected uterine tissue. The last resort for adenomyosis is the complete removal of the uterus, otherwise known as a hysterectomy.

Endometriosis' surgical treatments involve a laparoscopy; the same method used to diagnose the condition. A camera is inserted via a small incision in the stomach, allowing doctors to apply either heat, a laser, an electric current, or gas to the affected tissue. As the NHS states, symptoms may recur. A hysterectomy may also be recommended for endometriosis. However, this will only be effective if the endometriosis is restricted to the womb or ovaries (if these are removed), reports Endometriosis UK.

Overall, both conditions are likely to require a lot of back-and-forth to the doctor. If you suspect you have either endometriosis or adenomyosis (or indeed both), make an appointment as soon as possible. Try to explain your symptoms as fully as you can and, once other conditions have been ruled out, push for one of the above diagnostic methods.