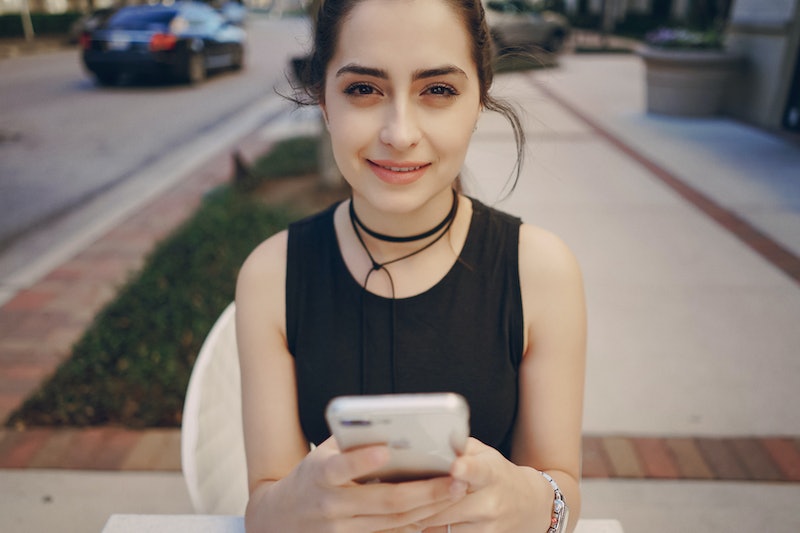 When it comes to the most popular dating app out there, you may be surprised to see what's happening in your area. Because while there are some definite heavy hitters in the dating app world, there's actually a huge amount of variation in what's popular around the country.

In fact, technology company Quantcast looked at over 480,000 searches from January 6, 2017 - February 5, 2017 to see what apps people are searching for and where they're using them for Bustle. Different states seem to go for different apps, though, interestingly, there are some definitely clusters where certain dating apps are popular in a group of states. And it's not always the ones you think — in fact, a relative underdog called Maple Match is getting some real love, but more on that later.

It's just useful information to have. Partially just for curiosity's sake, but also because it'll show you where to meet singles in your state. Now, it has its limits (just because Grindr is the most popular searched for app in Maine and California doesn't mean it's going to work for you if you're a straight woman), but you can still get a good idea of where to find folks.

So here's what the map looks like, so you can see exactly what's going on in your state.

And here were the highlights of what they found: