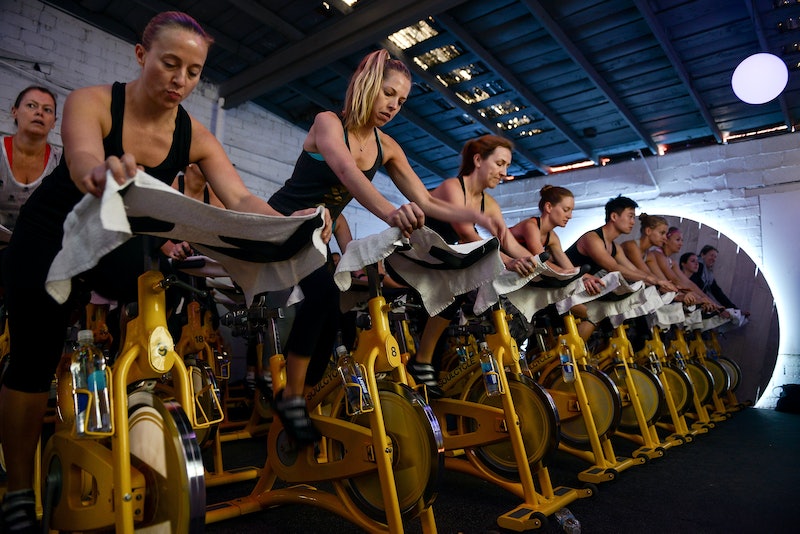 ClassPass and SoulCycle just might seem like a reasonable budget choice in the near future, because it's looking like Congress might pass the PHIT Act, a tax break for gym memberships. If it actually passes, you'd get to subtract a portion (or maybe even all) of the cost of your membership from the taxes you have to pay. It won't make it cheaper to go to a spin class, but you'll technically save money in the long run.

It's called the PHIT Act, also known as the Personal Health Investment Today Act, and it's officially your new favorite piece of legislation— or rather, it's a piece of legislation that you can watch without totally stressing out about whether it'll pass or not, which is a win in and of itself.

According to Slate, the act would create a tax break for all types of sweaty movement: gym memberships, yoga classes, athletic equipment and more, with the key distinction being anything that qualifies as "sports and fitness expenses."

If the PHIT Act passes, it will let people use up to $500 pre-tax a year per person on fitness-related expenses (or $1,000 per family,) and then allow them to write that off as a tax deduction.

Unfortunately, activities like sailing, horseback riding, golf, or hunting are a no-go.

The PHIT Act isn't being proposed simply to make your spin obsession more affordable, though. Rather, the bill (which is being introduced by congressman Jason Smith (R-Mo)) is a direct response to strains on the American health care system due in part to unhealthy lifestyles.

On the piece of legislation's webpage, the bill claims to be an actual "healthcare" proposal, rather than the "sickcare" system that is currently established. In other words, this bill may be costing the government money by giving you deductions, but congressman Smith is arguing that incentivizing Americans to live healthier lifestyles will save the country much more money in the long run. As Forbes notes, the American medical system is currently burdened with around $190 million in costs that are technically due to preventable conditions, like some forms of diabetes.

So here's how the bill will actually work if it's passed into legislation: PHIT will allow families to put money in pre-tax medical accounts, which can be reimbursed for physical activity expenses. Similarly, individuals can put up to $500 in the account and couples or families can put up to $1,000 in it. If you don't know what a pre-tax medical account, it's basically a savings account that you can set up with an employer where you can take a portion of your salary for each pay period and put it in this account, un-taxed.

What's especially unusual about the PHIT Act is that it has bi-partisan support. According to its official page, it's set to be introduced by five Democrats and four Republicans, led by Senators John Thune (R-SD) and Chris Murphy (D-CT). Thune is also a senior member of the Senate Finance Committee.

Tom Cove, the CEO of the Sports and Fitness Industry Association, said of the bill to Shape, "The PHIT Act will incentivize millions of Americans to be active, which will greatly decrease our nation's health care costs and improve the health and quality of life for so many people. More than 30 percent of all Americans live sedentary lifestyles, so something must be done today to change that."

The PHIT Act is backed by a massive number of retailers, apparel-makers and other companies in the athletic industry, with Nike playing a particularly large lobbying role on behalf of the bill.

If you want to help support the passing of the PHIT bill into a law, you can call or email your congressional reps, retweet PHIT on social media, and tell your friends to do the same.