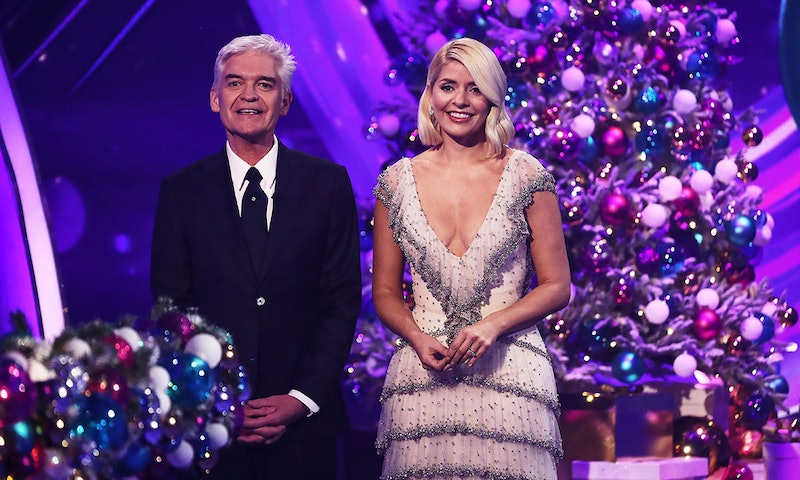 Unless you've been living under a rock, you'll know that the new series of Dancing On Ice is hitting our screens next month. But we won't have to wait too long to catch some of your favourite television stars take to the ice because it was announced that there would be a Christmas special. As this is just a one off festive episode the format will naturally be a little different, so what's the prize for the Dancing On Ice 2019 Christmas Special? A trophy, a medal, pride? Whatever it is, we need to know.

As it's just a one off special episode the contestants aren't really competing, but instead, just showing off the tricks they've learnt on the ice over the years. But just because there wasn't the element of competition in the show, it has definitely kept it's title of the "best show on ice" because it was packed with excitement. The line up was pretty thrilling, with former winner Ray Quinn, H from Steps, Tricia Goddard, Perri Kiely and Maura Higgins all among the skaters for the night. Quinn won the show back in 2009 and has since appeared on the 2014 special and this time his performance was full of jumps, spins and lifts.

Among the celebrities on the Christmas special was none other than Gemma Collins, who made a pretty spectacular comeback in a huge pink dress complete with a tiara. History was also made during the night, as H from Steps and professional skater Matt Evers became the first same sex couple in the history of the show. In before the performance Evers said "this journey is so so personal and important to both of us. It's going to mean a lot to a lot of people in this country and around the world."

Even though there wasn't an official winner of the night, the way the GC took to the ice after that fall, she is most certainly the winner in my eyes, obviously.