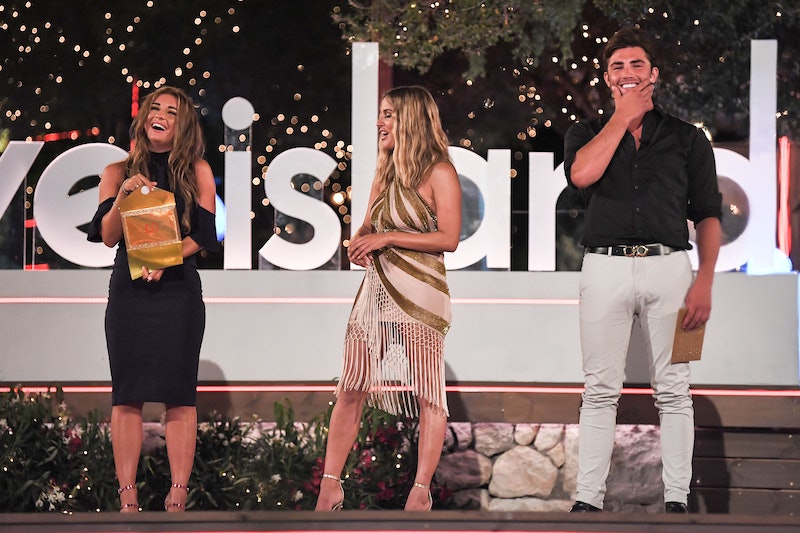 Say good bye to your summer, because Love Island 2019 is here to take over your TV schedule. The reality hit is back for a fifth run, and a brand new batch of islanders will once again set out to find their perfect match. At the end of the process, the viewing public will vote for their favourite couple and crown the next Love Island champions. But what's the prize on Love Island 2019?

In previous years the winners of the show have walk away with a hefty £50,000 sum, however there's a twist, because one half of the couple can decide to either steal the money for themselves or share the prize fund with their significant other. But the eventual winners of each series aren't the only ones to walk away with a pay cheque, as all Love Island participants are paid during their time on the ITV2 show. As reported by the Daily Star, islanders are paid around £250 per week to compensate for the wages many contestants give up in order to appear on the series. This would mean that islanders who go the distance can expect to earn around £2,000 for an entire season. Not bad.

Veteran host Caroline Flack will once again return to present the 2019 series, and the 39 year-old has confirmed that the weekly sister-show Love Island: Aftersun will also be back. Joining Flack is voice of the show Iain Sterling, however after a production shake-up, the narrator has been encouraged by ITV not to go too far when making jokes about the islanders. Speaking on Channel 4's Sunday Brunch about the new stricter rules surrounding jokes, he revealed, "Some of them they let us do — and some they say: 'You obviously can't say that'."

As viewers welcome a new batch of Love Island hopefuls, some fans have begun to reminisce on last year's fourth series, which according to Digital Spy, was the most-watched edition of the show to date. The stand-out couple from Love Island 2018 was of course Jack Fincham and Dani Dyer — who went on to win the entire show. However as is the case with many former-islanders, the couple sadly ended up parting ways a few months after the show ended.

As reported by Digital Spy, any fans hoping for a reconciliation probably shouldn't hold their breath, as Fincham has all but ruled-out the possibility of getting back together with his now ex-girlfriend. When asked if he'd ever reunite with Dyer, he said, "I don't think so, no. There's a lot of feelings there. Of course there is, we've been through a lot together. But, I can't stress enough, I just hope that she's happy, and I just want the best for her." Although disappointing, it sounds like the former-Love Island co-stars are on good terms, and viewers certainly have their fingers crossed that the 2019 contestants will find true love that lasts forever.

More like this
Ekin-Su & Davide’s Next Move Is Confirmed & Involves *A Lot* Of Travel
By El Hunt
A Full Debrief Of Who Follows Who From Love Island – & Who Doesn’t
By Shahed Ezaydi
Fans Are Convinced That 'Love Island's Gemma & Luca Have Secretly Split
By Frances Stewart
The Love Island 2022 Reunion Drama, Explained
By Sophie McEvoy
Get The Very Best Of Bustle/UK