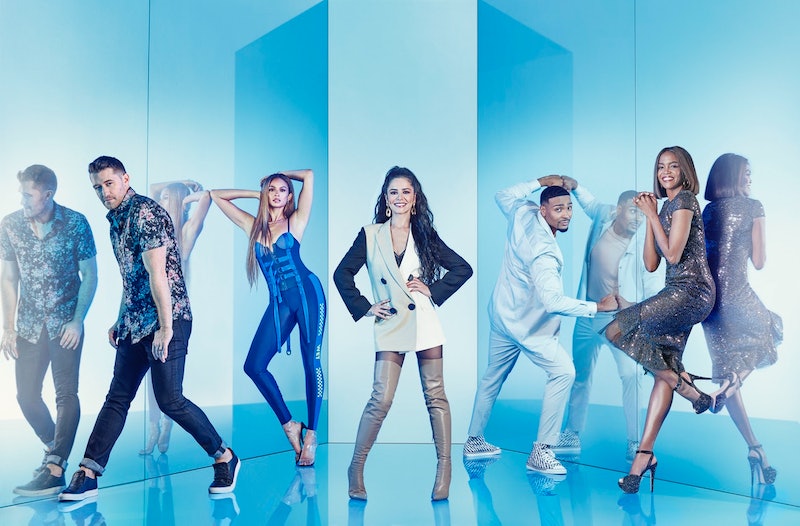 As The Greatest Dancer prepares to make it's debut as the next big dance competition show, some may be wondering how exactly the format of the BBC show will work. So far, it has been announced that contestants will be judged by Glee's Matthew Morrison, Strictly Come Dancing's Oti Mabuse and former X Factor judge Cheryl. But what is the prize on The Greatest Dancer?

Well, as per the show's webpage on the BBC, the future winner of the series can look forward to quite an impressive prize, as there's a pretty hefty £50,000 up for grabs. The top contestant will also win the chance to perform in the next series of Strictly Come Dancing. Not too shabby.

The Greatest Dancer starts on BBC One on Saturday Jan. 5 at 8 p.m., and is produced by Simon Cowell's production company Syco, best-known for creating ITV's The X Factor and Britain's Got Talent. Some of the most talented dancers from around the world will give the performances of their lives in a bid to impress the onlooking dance captains. Hosting the new series are BGT judge Alesha Dixon, and Diversity dancer Jordan Banjo.

The unique audition process will see contestants perform their preferred style of dance in front of a giant two way mirror, similar to the kind that would be found in a dance studio. On the other side, which cannot be seen by the dancing hopefuls, is a studio audience who are able to view and rate each of the performances.

If the onlooking audience enjoy the performance they can hit a buzzer, and if more than 75 percent of those watching proceed to do so, the mirror will open and the lucky contestant will be sent through to the callback stages. Team captains Cheryl, Morrison, and Mabuse, will mentor the successful acts, and go on to select which ones will compete in the final stages of the competition. Speaking about the format, presenter Dixon told press, "I think everyone sitting at home, watching TV, already feels like a judge. And the fact that they get to be the judge — I think they feel that sense of responsibility, which is what I think separates it."

As previously reported, in addition to bagging a cool £50,000, the winner of the series will also be in with a chance to perform on the live shows of Strictly Come Dancing 2019. However, according to the Metro, the winner of the new competition show won't just be performing on any old Strictly show, but instead take to the floor during the live final. And this isn't the only connection Greatest Dancer has with the veteran BBC dance competition show, as judge Mabuse has been a professional dancer on the show since 2015 and host Dixon won the series in 2007 alongside partner Matthew Cutler before going on to replace judge Arlene Phillips two years later in 2009.