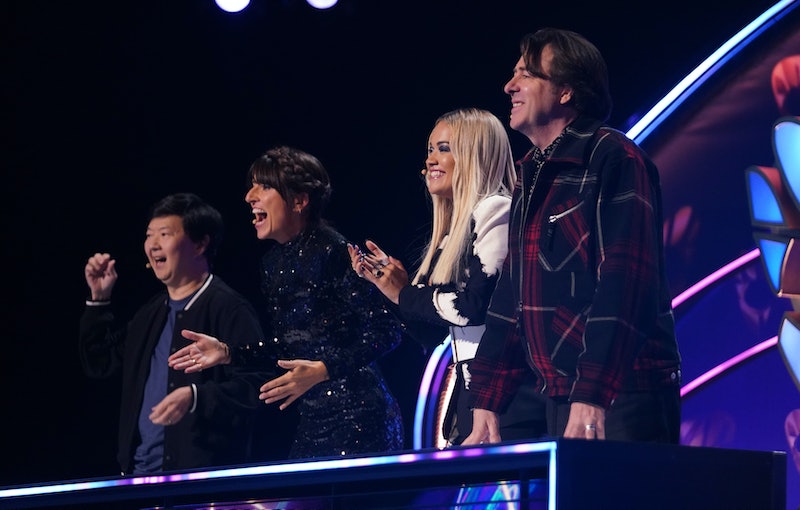 Over the past few weeks, ITV's The Masked Singer UK has been wowing audiences, and with some dazzling performances and genuinely surprising celebrity reveals, the talent-show with a twist has cemented itself as everyones newest Saturday night staple. As we approach the grand finale, attention is now focused on which famous face will be crowned the show's first ever winner. But what's the prize on The Masked Singer UK?

Well, as the Express reports, ITV have not revealed any details of an eventual prize, and competing celebrities are reportedly not paid to take part in the talent series. So, for a little more info on the topic, I have reached out to ITV for comment, and will update with any news the minute it becomes available.

However, after emerging victorious on the U.S. version of the hit series, rapper T-Pain was awarded a golden mask-shaped trophy — which could indicate that The Masked Singer UK winner will be given similar treatment. But, for now at least, we'll just have to wait and see. Despite being unsure of what the grand prize might be, the purpose of the series is for cleverly disguised celebrities to pull-off their very best vocal performance, whilst keeping their identity secret from the judging panel and millions watching at home. The show is hosted by I'm a Celebrity's Joel Dommett, and the panel of celebrity judges consists of Davina McCall, Jonathan Ross, Rita Ora and The Hangover's Ken Jeong.

According to the Metro, the final of The Masked Singer UK airs on Saturday, Feb. 15 at 7 p.m. on ITV1, and speaking of what viewers can expect from the show's final instalment, presenter Joel Dommett promised that it's "going to be a mad one." The comedian also teased that there are three celebrity reveals which nobody has been close to guessing so far — and if that wasn't enough excitement, fans of the show can look forward to a very special group performance, during which all 12 of this year's masked singers will return to the stage one last time.