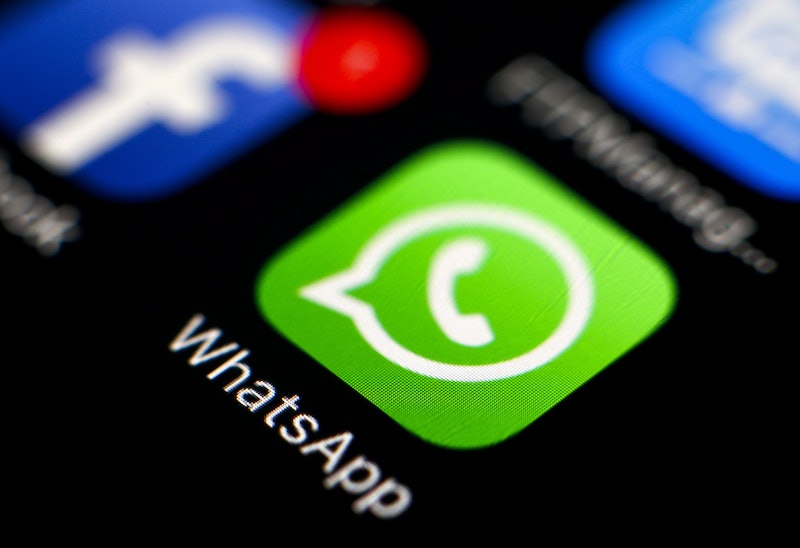 The invention of WhatsApp has been a blessing and a curse. While the app has made strides in the messaging industry since it first came to be in 2009, it has also become a culprit for the recent increase of false information being spread among users. In response to this, WhatsApp have implemented a forwarding limit, reducing the amount people users can forward messages to from 20 to five.

As drastic as that sounds, I’m not so sure it’s going to affect WhatsApp’s user base. I mean, all you’ve got to do is take a look at this poll that Cosmopolitan featured on their coverage of the news to see that 100 per cent of their readers had forgotten that they could forward messages altogether. Obviously that’s just a small fraction of WhatsApp’s user base, but it’s still pretty astonishing.

If you’re like me and haven’t got the faintest idea of how you actually forward something on WhatsApp, it’s basically like forwarding an email but through a messaging app. As the app has described in the FAQ of their site, the “forward feature allows you to forward messages from a group or individual chat to another group or individual chat.

Forwarded messages are indicated with a label, which helps you know if a friend or relative wrote the message they sent or if the message originally came from someone else.” Basically, it’s similar to the sorts of humorous chain emails relatives flood your inbox with, but on WhatsApp.

According to CNET, the forwarding limit was introduced six months ago as a beta test in India in response to a number of fake reports that were spread through forwarding. A spokeswoman told the website how “WhatsApp carefully evaluated this test and listened to user feedback over a six-month period,” and that the “forward limit significantly reduced forwarded messages around the world.”

It wasn’t just India that was affected by the spread of misinformation, as this also became a problem in Brazil during the country’s presidential elections last October, when “bad voting information, conspiracy theories, and false stories spread across the network” like wildfire, according to The Verge.

The news of the limit being implemented globally was announced during an event in Jakarta by Victoria Grand, WhatsApp’s Vice-President for Policy and Communications. “Based on research and discussions with several world leaders, we have found that five is the ideal number to avoid the spread of hoaxes,” she said on Monday (Jan. 21), according to news website Coconuts.

However, as Cosmopolitan and The Verge have pointed out, it seems as though WhatsApp have forgotten that messages can still be forwarded within groups, “with each group including up to 256 people." As The Verge reports, this means that “a forwarded message could be put in front of nearly 1,300 people, despite the five-time limit," which is slightly scary.

While it’s great that WhatsApp are taking appropriate measures to attack the spread of fake news and misinformation, it’s clear there are still a few kinks to be ironed out before it’s completely effective.