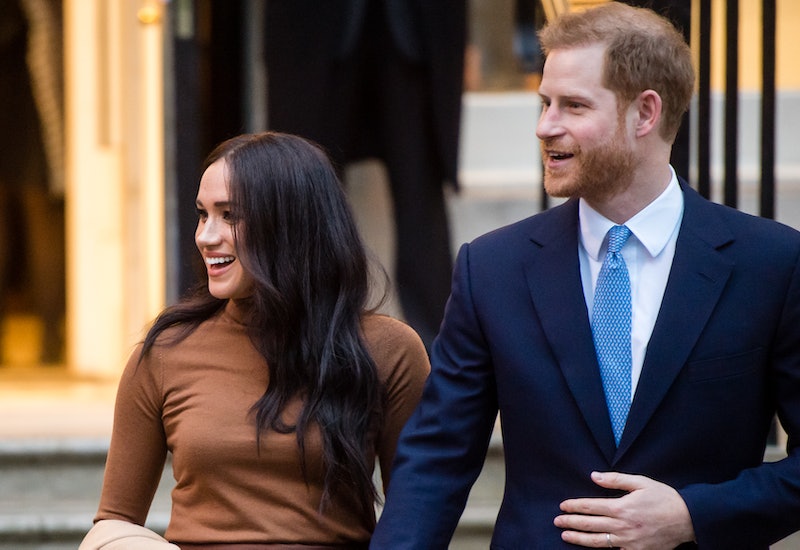 Despite officially stepping down from their royal duties last month, Prince Harry and Meghan Markle still have a number of royal engagements to complete. And as The Sunday Times reports, one of their upcoming duties will be attending the annual Commonwealth Service at the request of the Queen. So when will Harry and Meghan be coming back to the UK?

Held at Westminster Abbey, the Commonwealth Service will be attended “by heads of government and representatives of 53 countries” within the Commonwealth, and will include a “multicultural, multi-faith service”. Meghan and Harry were in attendance last year, which marked the 70th anniversary of the event, alongside William and Kate, the Prince of Wales, and the Duchess of Cornwall.

When are Meghan and Harry back in the UK?

Well, 2020’s Commonwealth Day will be celebrated on March 9, but Meghan and Harry could very well come back to London a day or two before depending on their schedule. As the Sunday Times writes, “[t]he couple is expected to arrive in the UK with Archie, who will be 10 months old, for a final round of official engagements before returning to their new base in Canada.”

Again, it depends on what they have planned after Commonwealth Day. It looks like they have a busy schedule, as Sunday Times reports that they will attend some more engagements before “returning to their new base in Canada.

Most recently, Harry and Meghan attended a “JP Morgan-sponsored alternative investment summit” in Florida. As the Evening Standard writes, this event was the “first time the couple has been seen at a public engagement since” announcing their intention to step down from royal duties.

Where are they staying?

Their official UK base is, of course, Frogmore Cottage. As written in a statement on their site, the couple intends to use the cottage “as their official residence as they continue to support the Monarchy, and so that their family will always have a place to call home in the United Kingdom.”

But, that doesn’t necessarily mean they’ll be using it if they’re staying here for a short amount of time. There are plenty of hotels across London that the royals favour, including the likes of the Stafford in St. James, and the Goring Hotel. The latter being where Kate Middleton stayed “with her bridesmaids the night before her wedding.”

When will they next be back?

They could very well appear at the wedding of Prince Harry's cousin Princess Beatrice, which will take place on May 29. Whether or not the couple will stay in the UK until then remains to be seen, but they may have duties and commitments across the country up until that point.

It’s not yet known who will be attending 2020’s royal wedding, but Harry and Meghan are more than likely to appear alongside the likes of Kate and Prince William.

More like this
Harry Styles Just Split His Pants In Jennifer Aniston’s Face
By Sam Ramsden
Maya Jama’s Net Worth Definitely Won’t Give You The Ick
By Sophie McEvoy
Twitter Is Saying The Same Thing About Beyoncé's Renaissance World Tour
By Shahed Ezaydi
Michaela Coel Has Some *Thoughts* About The Nepo Baby Discourse
By Maxine Harrison
Get The Very Best Of Bustle/UK
Sign up for Bustle UK's twice-weekly newsletter, featuring the latest must-watch TV, moving personal stories, and expert advice on the hottest viral buys.