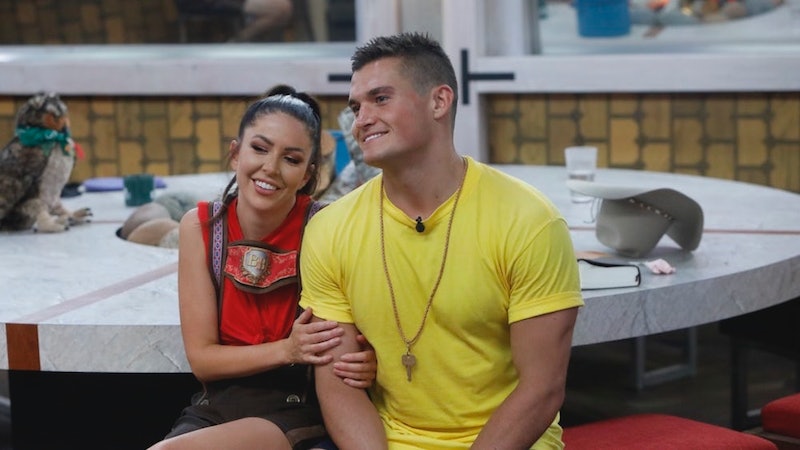 As stressful and tense as things can get on a show like Big Brother, it's almost impossible not to get pulled into the drama. Once you start watching, you have to to see how it all plays out and who ends up with that $500,000 grand prize. But while Wednesday night's finale will bring this particular season to a close, fans can at least take comfort in knowing that the competition's backstabbing and hijinks are far from over. Big Brother will return for Season 22, so regardless of how things shake out this week, the beloved reality series isn't going anywhere anytime soon.

CBS renewed Big Brother for another season earlier this month with Julie Chen Moonves set to return as host, just as he she has for 22 seasons. An official premiere date has yet to be announced, but you can expect a new batch of houseguests to make their debut sometime in the summer of 2020, which is typically when Big Brother airs. Considering how long the series has been around for, its pending return may not feel all that surprising. However, the fate of its celebrity-focused counterpart remains up in the air.

Celebrity Big Brother, which has aired in the winter for two seasons, has yet to be picked up for a third installment. CBS entertainment president Kelly Kahl told TVLine back in May that they had "not made [their] minds up about Celebrity yet," and there's been no news since. So while there's still a chance the network could renew the spinoff, its continued existence isn't as sure a thing as the original show.

But don't let your Big Brother withdrawal kick in just yet. There's still Wednesday night's 90-minute finale to look forward to, which, in true Big Brother fashion, is sure to come with a few unexpected twists. Jackson and Holly seem like the inevitable Final 2 (Jackson has already won Part 1 of the final three competitions), but if Nicole can secure a win for Part 2, she still has a solid chance at victory. And from the sound of her latest Diary Room chats, she has every intention of bringing Holly — not Jackson — along with her for the Final 2 spot.

Is that the right decision? Who would the jury be most likely to vote for? And what if only Jackson and Holly are left at the end? Who stands the best chance of securing those votes? There have been plenty of bitter juries in the past, which could potentially hurt Jackson's chances given how many bold moves he had to make throughout the season. Will the jury be able to recognize his strategic gameplay, or will they opt for revenge? The finale will reveal all — just be prepared to expect the unexpected, as the show's tagline constantly warns.

Regardless of who ends up winning the $500,000 in the end, you can rest assured that another season of lies, manipulation, and mayhem will be here come 2020, like clockwork.