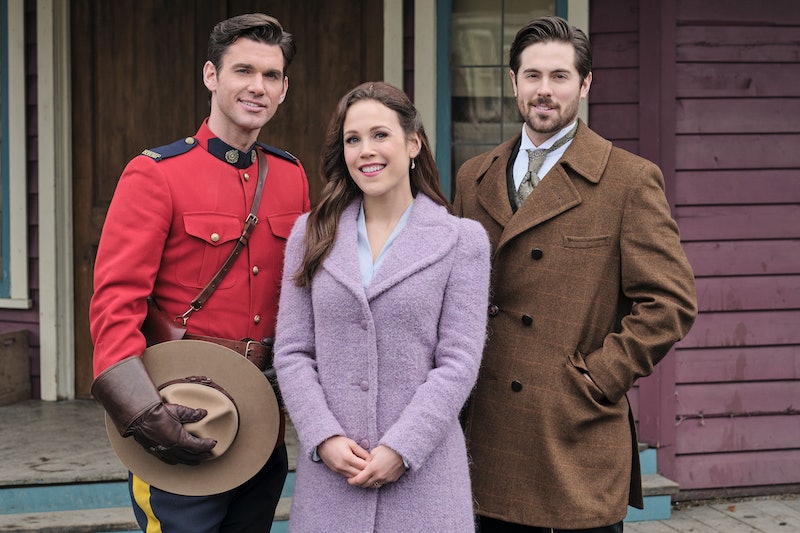 Usually, the next season of When Calls the Heart is already in the works by the time the preceding season comes to an end. For example, the seventh season was announced just three episodes into Season 6, which makes it surprising that When Calls the Heart Season 8 hasn't been made official yet. According to TV Series Finale, When Calls the Heart is Hallmark Channel's No. 1 show, so renewing it should be a foregone conclusion. But one of the executive producers has been rallying fans to ask for more episodes, so there's a chance that the show's future is up in the air.

According to Good Housekeeping, Brian Bird has been tweeting for weeks with the hashtag #Season8WouldBeGreat. When a fan tweeted that there were only five more episodes left of Season 7, he replied, "Unless the #Hearties get busy lobbying for #Season8WouldBeGreat." That seems to suggest that Hallmark needs to see fan interest before renewing the series. Although the show is No. 1 for the network, TV Series Finale noted that it's down 3.5 percent in viewership over last season. That's not that huge a number, but perhaps it's keeping Hallmark waiting to renew until the finale viewership numbers and social media interest comes in.

If the show does return for Season 8, fans could expect to see it begin in December with a holiday special and then return with 10 new episodes in February 2021, as was the case with the last few seasons. However, there's a chance that the show's production schedule could shift due to the ongoing pandemic. When Calls the Heart typically films in late August and wraps in December, but since the series tapes in Canada and the Canadian border is closed to non-essential travel, it seems unlikely that the network will be resuming production come summertime if the threat of the coronavirus hasn't significantly subsided.

If and when an eighth season hits TV screens, it could resolve Elizabeth's current love triangle situation. Good Housekeeping reported that Bird suggested the storyline may linger over into Season 8. Additionally, Pascale Hutton, who plays Rosemary, spoke to My Devotional Thoughts about what she would like to see for her character going forward.

"In season seven, you see Lee and Rosemary try to move on and find value in their life without children, which is what it is at this particular moment. I would like for there to be at some point in Season 8 for the two of them to find more resolution on that topic," she said. "Whether that's moving ahead and adopting a child or whether a miracle happens and they are able to conceive. Or whether they find something else that they're able to be equally passionate about and invested in that doesn’t involve a child."

So far, fans have been following Bird's lead to rally online for another season, with one of them even writing a lengthy letter to Hallmark Channel asking for it to be renewed. If the network's decision rested on holding out for increased fan attention, they're getting it. Viewers want more of Elizabeth, Rosemary, Lee, and co.'s stories ASAP.