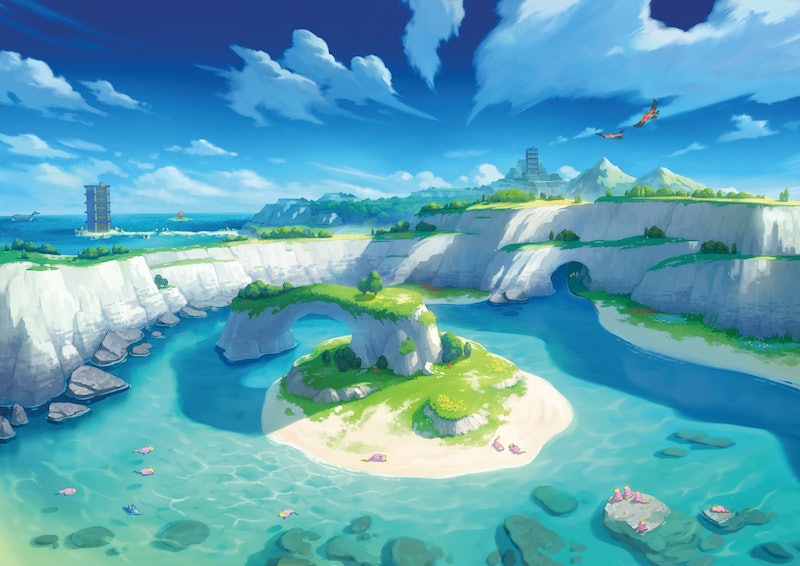 Despite becoming one of the fastest-selling Switch games to date, Pokémon Sword and Shield’s release last November didn’t come without controversy. The games debuted with half the Pokémon available in its universe, meaning a lot of fan faves were cut. There’s thankfully a silver lining to this though, as developer Game Freak announced in early January that Sword and Shield would be getting new downloadable content (DLC). Among the two brand-new areas to explore, fans will also see the return of 200+ mons. So when can you play the Pokémon Sword and Shield expansion pass, and how will it interact with your current save file?

How Do You Access The Isle Of Armour and The Crown Tundra?

Following a short presentation on social media, the first part of the expansion pass went live on June 17. If you pre-ordered the DLC, you’ll need to press the + button or - button, select “Software Update”, then “Via the Internet”. Once that’s complete and you boot the game up, you’ll receive a notification in-game that you can now visit the Isle of Armour, the title of the first part of the expansion pass. The Crown Tundra, the second part of the DLC, is scheduled to be released in autumn 2020. The date will most likely be announced nearer the time (as was the case for Armour).

The progress you’ve made and the Pokémon you’ve already obtained won’t be affected detrimentally by the DLC, but your data will determine the level of the Pokémon on the island. If you’ve got eight gym badges, you’ll meet Pokémon at around Lv. 60. The fewer badges you have, the lower the level.

Basically, as long as you’ve visited the main game’s Wild Area, you’ll experience the Isle of Armour differently to other players depending on the number of badges you have.

Welcome To The Isle Of Armour

The first part of the pass brings a lot of new, sought-after features to Sword and Shield. Pokémon can finally follow you outside their Poke Ball (as was the case in Let’s Go — but only on the Isle of Armour), the entire island acts as a Wild Area so you have full control of the camera, dozens of ‘mons that weren’t in the base games are now here, and there’s a bunch of new clothes and hairstyles to play with.

The DLC also includes a new story quest that features the never-before-seen Kubfu, a fighting-type cub you’re tasked to befriend and train while on the island. You’ll also be introduced to unfamiliar faces, including a new rival.

What’s The Deal With This Gigantamax Zeraora Event?

Those who played Pokémon Ultra Sun and Ultra Moon will be super familiar with this electric cat. This Pokémon was only available through a special giveaway event in November 2018, so if you missed that you do not want to miss this.

You won’t be able to catch Zeraora in the conventional sense, though. It’ll be available in Max Raid Battles between June 17 and June 28, and your task is to defeat it, not catch it. After one million players defeat the Pokémon, you’ll be given a shiny version (it’ll be white instead of yellow) through the Pokémon Home app on your smartphone.

But What About The Crown Tundra?

Even though you won’t be able to experience the mystic tundra until later this year, the initial trailer revealed the discovery never-before-seen legendaries, alongside old fan favourites in special Max Raid battles. The original bird trio of Articuno, Moltres, and Zapdos have also been given a regional variant, which is a first for the series.

More like this
This Is When Netflix Is Going To Start Charging You For Sharing Passwords
By Darshita Goyal
24 Funny Valentine’s Day Captions To Use No Matter Your Relationship Status
By Jessica Booth
11 Super Bowl Instagram Captions To Use On Game Day — Even If You Don’t Like Sports
By Alexis Morillo
Flip Phones Are Gen Z's Favorite New Nightlife Accessory
By Maria Santa Poggi
Get The Very Best Of Bustle/UK
Sign up for Bustle UK's twice-weekly newsletter, featuring the latest must-watch TV, moving personal stories, and expert advice on the hottest viral buys.

This article was originally published on Jan. 13, 2020