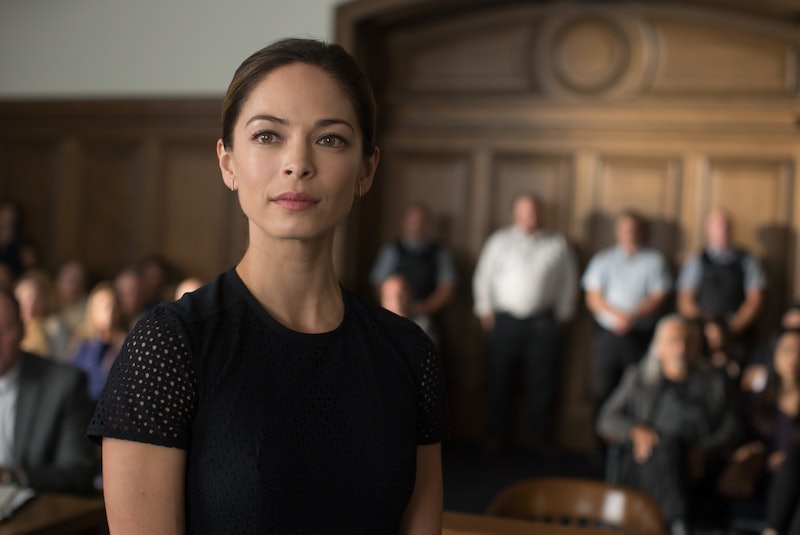 The CW gave Burden of Truth fans a nice treat when, in May, the network acquired the rights to the third season before the second one had even premiered yet. That's right, Burden of Truth is returning for Season 3, according to TV Line, with what will surely be another gripping case. The show is actually a Canadian offering, originally airing on CBC, which likely made it easier for The CW to decide to continue airing the show. The CW doesn't have to fund the creation of the show, it just has to pay for the broadcast rights.

The show's original network, CBC, also clearly believed in the series, renewing it for the third season back in March. However, the show's American viewership ratings have slipped a bit in Season 2 compared to Season 1, according to TVSeriesFinale. The show is averaging over 450,000 viewers vs. the 723,000 that Season 1 had. It's The CW's lowest rated summer show. But, again, The CW doesn't have to invest much to keep the show running, so it probably wasn't a big deal to renew the acquisition contract for a third season.

According to The Wrap, production on the third season was slated to begin this summer in Winnipeg, Manitoba, Canada. The cast will be working on eight new episodes, likely due out in January 2020 in Canada. In America, The CW tends to air the series in the summer, so expect a June or July 2020 air date here.

The Wrap reported that the Season 3 plot is yet unknown (which makes sense if filming only just began/will begin soon), but it's likely to again feature Kristin Kreuk's attorney character Joanna Chang dealing with a stressful case over the course of the whole season. According to IMDb, Season 1 focused on a group of girls and a mystery illness in Joanna's hometown. That case was the instigating factor in her return to where she grew up.

For Season 2, Deadline reported that the synopsis was:

"After fighting for the justice of five sick girls in her hometown of Millwood, corporate attorney Joanna Chang finds herself at a top law firm in Winnipeg ready to make a fresh start away from her previous firm. There, a new client draws her into the shadowy world of hackers, activists and a political movement that won’t take any prisoners. The case eventually leads to Joanna becoming a killer’s target. Her estranged father tries to assist her, which leads to an event that will change both their lives forever."

It's anyone's guess what the third season's case and twists will be. But American fans eager for answers only have to wait until January when it starts airing in Canada to read spoilers. Or, they can wait until next summer to watch it play out on The CW. And while the plot is still a mystery, at least the show's status isn't. When Season 2 ends on The CW on July 21, fans can take solace in knowing that eight more episodes are already on their way.