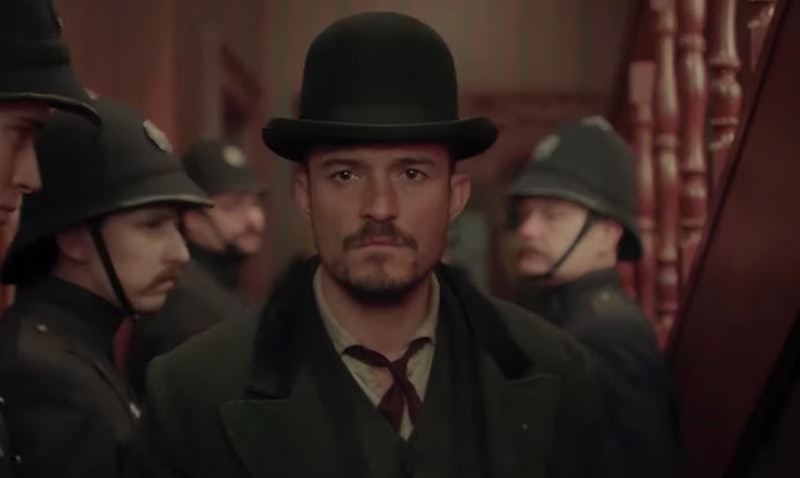 Carnival Row may have only debuted on Friday, but it's already been renewed for Season 2. As reported by Variety, Amazon announced the news in late July — a full month before the show came out — so clearly, they have faith in the storytelling and where things could go in the future. Unfortunately for fans counting down the days until more episodes, it's unclear when Carnival Row Season 2 will premiere, but that's not particularly surprising considering, as mentioned, it literally just premiered.

It's hard to make any predictions about when the show will return, since because it's the first season, there's no established production timeline. However, it's worth noting that the pilot was ordered in 2016, and it was picked up to series in 2017. Now, two years later, the project has finally made its way to screen. If that pace continues, it could be a few years before Carnival Row's second season arrives on Amazon. But even if there's a long wait, there is at least one upside: since the series has already been renewed, the creative team can get started on the next season now, rather than having to spend weeks (or even months) in limbo, waiting for Amazon to make a decision.

Besides, considering the grand scale of the show, it makes sense that it would take some time to produce. It's set in an elaborate, Victorian-era fantasy world filled with mythical creatures who've been forced to flee their war-torn homeland and settle in a new, unforgiving, human-dominated city. That kind of world-building and costume design doesn't exactly move quickly.

Plus, it features a star-studded cast who likely all have busy schedules to work around. At the center of the show is refugee faerie Vignette Stonemoss (played by Cara Delevingne) and human detective Rycroft "Philo" Philostrate (played by Orlando Bloom), who fall in love despite the fact that it's considered taboo. Philo also finds himself investigating a string of gruesome murders, which could seriously upset the already unsteady peace between humans and creatures.

Other stars tied to the first season include David Gyasi as a mysteriously wealthy faun named Agreus, Karla Crome as a quick-witted faerie poet named Tourmaline, and Game of Thrones vet Indira Varma as Piety Breakspear, the matriarch of a powerful family in the city.

Carnival Row is based on Travis Beacham's feature script A Killing on Carnival Row and is meant to showcase real-life problems of racism and bigotry that exist in today's politically charged society. Executive producer Marc Guggenheim spoke about the parallels at this year's San Diego Comic-Con, telling reporters that "part of that world is a discussion ... about racism and sexism and classism and spiritualism, and we kind of cover it all and we look at all the different ways that you can differentiate the people and creatures in society, and it makes for a very layered and complex show."

That's a lot to parse through in just one eight-episode season, so it's understandable why Amazon was so quick to renew it. Hopefully, whenever Carnival Row comes back, the second season will be worth the wait.