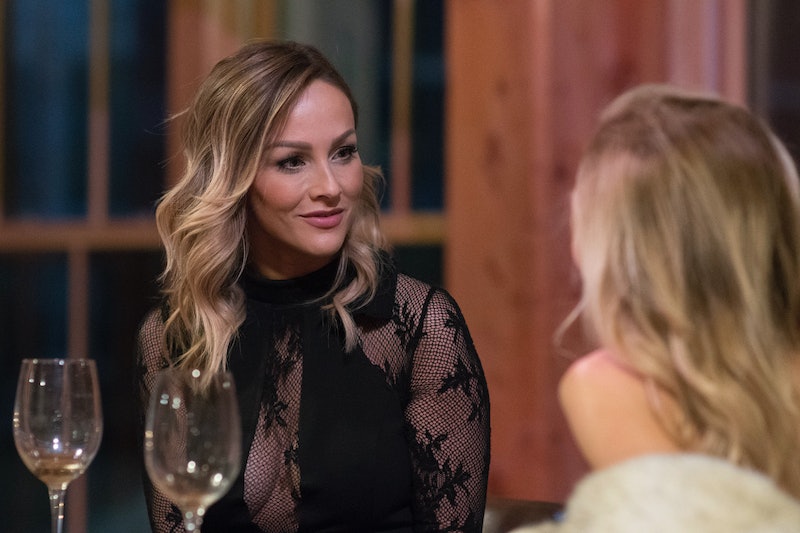 Pretty much the instant that Peter's season of The Bachelor comes to an end, Clare Crawley's Bachelorette season will start filming. His two-part finale airs Monday, March 8 and Tuesday, March 9, during which Clare will probably get introduced to the first handful of her suitors, as has become customary on After the Final Rose in recent years. She'll likely go into full production pretty soon after that, with Bachelor blogger Reality Steve claiming that filming will begin on Friday, March 13. (Hopefully starting her fifth capital J Journey to find love on Friday the 13th won't be a bad omen for Clare).

Per Deadline, her season will then premiere on May 18, shortly after production wraps. We don't yet know a lot about her contestants, but we do know a little about what Clare is looking for. "The most important thing I'm looking for is someone who can be vulnerable and open," she told People. She added that she's a sucker for scruff, tall men, and a good dad bod, but that personality is ultimately what attracts her to someone. "I want a man comfortable in stuff he's been through and self-aware enough to know what he's learned. I need a level of maturity for sure."

As entertaining as it was to watch Hannah B. tell off Luke P. and Jed last season, Bachelor Nation is eager to see a woman in her late 30s look for love (Clare is almost 39; Hannah B. was only 24). "Picking @Clare_Crawley for the next #bachelorette is an excellent choice!" tweeted former Bachelor Nick Viall. "1) More believable with the times we are in. People are getting married later in life than ever before. 2) she as deserving as anyone 3) she doesn't know how to be inauthentic or hold back 4) bold/beauty."

It won't be a long before we get to see the whole thing unfold.