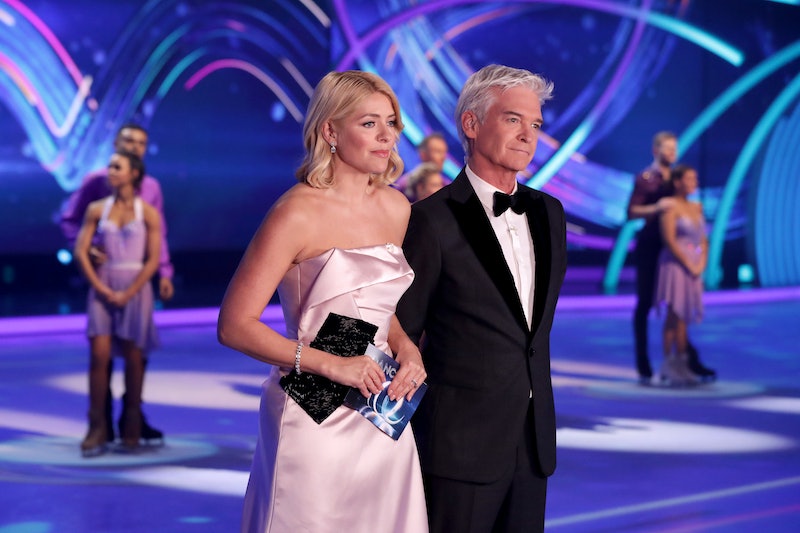 The brand new series of Dancing on Ice isn't set to debut until the new year, however, that doesn't appear to have slowed down any excitement surrounding the show's upcoming 12th run. Reports of the lineup have also got fans of the reality-competition talking, and some of the biggest names is showbiz are expected to glide onto our screens once again. But when does Dancing on Ice 2020 start? Here's everything we know so far about the ice skating phenomenon.

According to iNews, an exact start date for Dancing on Ice 2020 is yet to be confirmed. I have reached out to ITV for comment, and will update with any news the minute it becomes available. However, the series usually airs between the months of January and March — so the show's 12th run is likely to get underway in the first week of January, but for now, at least, we'll just have to wait and see.

Although details of the 2020 launch are being kept under-wraps, fans were delighted to learn that veteran Dancing on Ice hosts, Philip Schofield and Holly Willoughby, are coming back to front the ITV series once again — and in addition to the return of the This Morning duo, some of the confirmed 2020 lineup have also been revealed by ITV.

According to The Sun, judges Jayne Torvill, Christoper Dean and Ashley Banjo will be back again to offer contestants their expertise, however, a brand new face will be joining the 2020 judging panel, and the fresh addition is no stranger to the Dancing on Ice rink. Following the announcement that longtime judge, Jason Gardiner, would be leaving the ITV series, it was recently revealed that actor John Barrowman would be filling his seat. The Torchwood star actually competed in the show's 2006 series, and has promised to bring something "fresh, fun and fab-u-lous" to the upcoming series.

Speaking of his latest TV gig, Barrowman went on to say, "I am so excited to be returning to the Dancing On Ice family. Unlike most I have been through the rigorous task of skating live as a contestant in the first series. This is a thrilling adventure for me and I hope to bring a fresh, fun and fab-u-lous angle to the judging panel."

Despite not being confirmed by ITV, The Sun also recently revealed some other names reportedly set to face the Dancing on Ice judges, including the I'm A Celebrity: Extra Camp host Joe Swash, U.S. model Caprice, and daytime TV legend Trisha Goddard. So, if the reports turn out to be accurate, we could be looking at one of the greatest Dancing on Ice seasons ever. Bring on 2020.