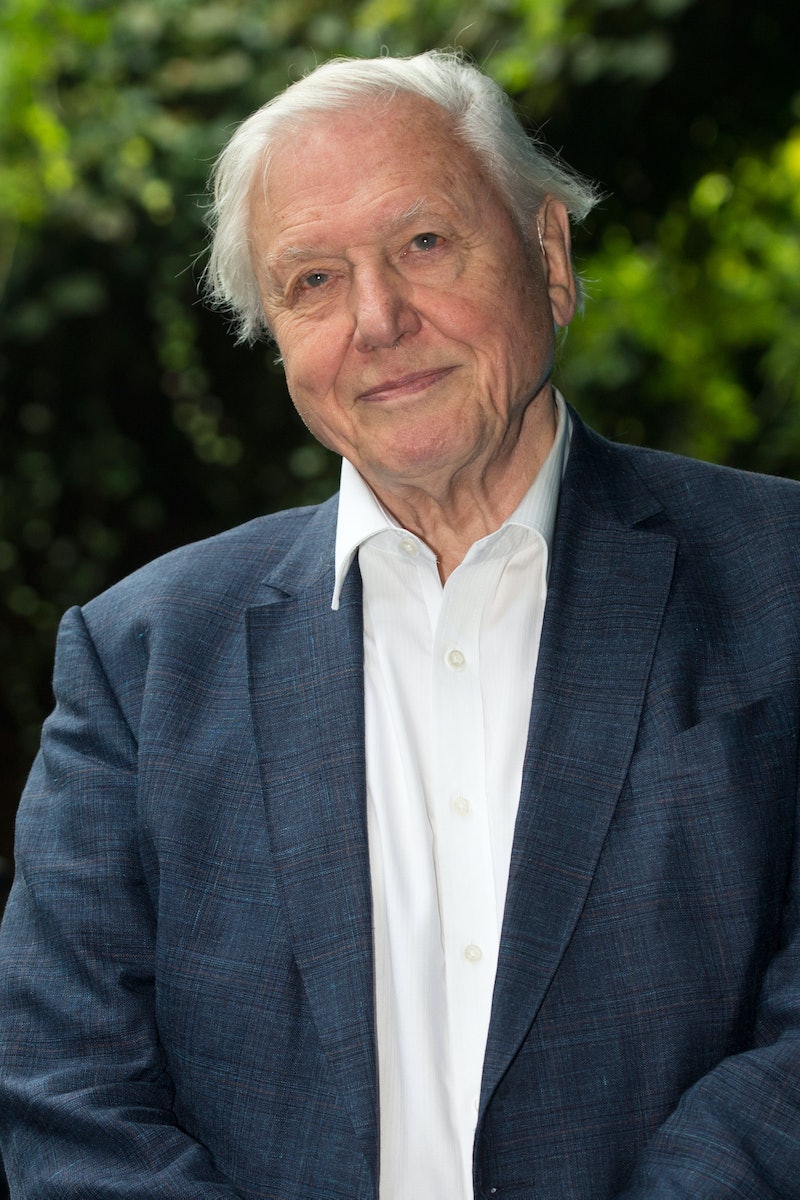 Tonight marks the premiere of a brand new natural history series from David Attenborough and the BBC, titled Dynasties. But the renowned broadcaster has another show in the works, too — and it marks something of a departure for Attenborough, as a rare series not produced with the BBC. Our Planet, narrated by the naturalist, will instead launch on Netflix, as the streaming service announced on Thursday. So when does David Attenborough's Our Planet start on Netflix, and what can fans expect from the show?

There isn't an awfully long time to wait: Our Planet will premiere on April 5, 2019, Netflix revealed in a press release. The eight-part series will "showcase the planet's most precious species and fragile habitats," according to the streaming service. And it sounds like something of a mammoth undertaking: the show was filmed over four years, in 50 countries spanning all seven continents of the world. Over 600 crew members contributed to the series, distilled from over 3,500 filming days.

"Our Planet will take viewers on a spectacular journey of discovery showcasing the beauty and fragility of our natural world," Attenborough said. "Today we have become the greatest threat to the health of our home but there’s still time for us to address the challenges we’ve created, if we act now. We need the world to pay attention."

"Our Planet brings together some of the world’s best filmmakers and conservationists and I’m delighted to help bring this important story to millions of people worldwide."

The show was created in partnership with the World Wide Fund for Nature (WWF), and will promote a strong conservationist message. Colin Butfield, the executive director of WWF-UK and executive producer of the series, said, "We’re the first generation to know the full impact of what we’re doing to our planet, and the last that has the chance to do anything about it. We’re at a unique moment in our history where we have the chance to put things right and start on the path towards a better future."

He continued, "Our Planet will showcase the wonders of our world at the critical time when we need global action to protect it."

While the series marks a departure from Attenborough's long-running partnership with the BBC, it also serves as a reunion of sorts. Netflix also produced Our Planet in collaboration with Silverback Films, a production company directed by Alastair Fothergill. Name doesn't ring a bell? Fothergill created the original series of both Planet Earth and Blue Planet, both narrated by Attenborough.

There is, however, a little bit of controversy surrounding the series. According to the Mirror, BBC bosses aren't delighted with the concept, considering it a rip-off of Planet Earth and other similar BBC shows. An unnamed source told the paper, "They’ve nicked the filming techniques, the stories, even the title from us, not to mention the presenter. And it’s been made by an ex-BBC producer who still makes natural history programmes for the BBC. There is nothing in any way original about this series."

"The only difference is they used 600 crew for work we’d have done with around 60," the source added. "Sir David will always be part of the BBC. This is not the end of the relationship with him. We’ve just lent him to Netflix." A spokesperson for the BBC declined to respond to the story, while Netflix have yet to respond to a request for comment.

Thankfully, before Our Planet's April debut, there's a new Attenborough documentary to get stuck into: the aforementioned Dynasties, which launches on BBC One tonight at 8:30 p.m. The series will follow five embattled animal families as they struggle to survive, including emperor penguins, lions, painted wolves, and tigers. Tonight's episode centres on David, a chimpanzee in Senegal. I should warn viewers that there's a very lost looking baby penguin in the trailer — who'd like to bet they won't cry?