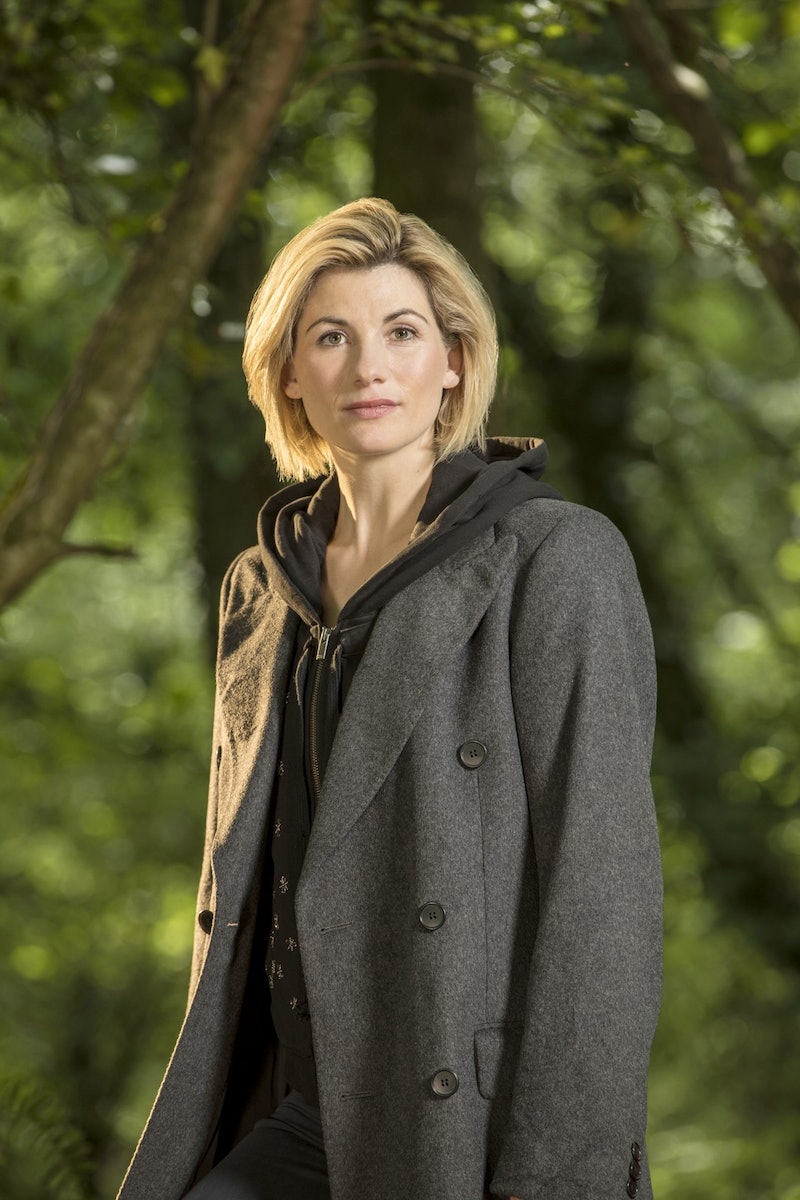 Doctor Who fans will finally get to meet the series' Thirteenth Doctor — played by a woman actor for the first time in the franchise's 54-year history — in the Doctor Who Christmas Special on Monday, Dec. 25. The new Doctor will take over the role full-time in the Doctor Who Season 11 premiere. Jodie Whittaker was announced in July as the new incarnation of the Doctor, taking over for Peter Capaldi in the Christmas Special, titled "Twice Upon a Time." After that, Whittaker will be the full-time Doctor in Season 11, which will premiere in Fall 2018 with 10 episodes, according to a BBC America press release.

UPDATE: Doctor Who Season 11 will premiere Sunday, Oct. 11, according to a BBC America press release.

EARLIER: It may be a long time before fans get to watch episodes starring Whittaker's Doctor, but it will surely be worth the wait. But the Doctor Who Christmas Special promises to give fans a special glimpse of the historic new Doctor. According to the "Twice Upon a Time" official trailer, the special will feature the Twelfth Doctor (Capaldi) encountering the First Doctor (David Bradley) after being fatally wounded in the Season 10 finale and they fight regeneration as they head on one last adventure. The episode also brings back the Doctor's Season 10 companion, Bill (Pearl Mackie). Ultimately, The Hollywood Reporter said the Doctor will not regenerate with an audience (as the Doctor usually does) and will turn into the next incarnation while alone in the TARDIS, the Doctor's time-traveling ship/police box. THR reported that Whittaker will close out the Christmas Special with the Thirteenth Doctor's first words. Usually a Doctor's first words are much-awaited and are super memorable, so fans may be eager to hear what the first Doctor played by a woman has to say.

In recent Doctor Who tradition, the new Doctor debuts with a funny line and outgoing series showrunner Steven Moffat told the Radio Times that Whittaker brings humor to the Thirteenth Doctor. "I wondered if she was going to be a bit serious, because the Doctor has to be funny, but when you meet Jodie, she is a fireball of mischief and irreverence," Moffat said. "I think she’ll be brilliant as the Doctor. I’ve obviously seen her tiny bit at the end of the Christmas special."

Exec producer Chris Chibnall of ITV's Broadchurch will take over showrunning duties from Moffat in Season 11. According to BBC America, Chibnall made the decision to cast Whittaker as the first woman incarnation of the Doctor. Whittaker starred in Broadchurch as Beth Latimer, the mother of a child who is found murdered on the beach. The crime drama also starred David Tenant, who was the Tenth Doctor on Doctor Who.

Season 11 will feature the historic casting of Whittaker as well as a whole new cast of characters to accompany her Doctor. In October 2017, the BBC announced that Bradley Walsh, Tosin Cole and Mandip Gill were set to join Doctor Who as the 13th Doctor's companions. Walsh is a British actor, game show host and comedian who will play Graham on the long-running series. Cole, who appeared in Star Wars: The Force Awakens, will play Ryan. The Doctors and Hollyoaks actor Mandip will play Yasmin. Actress and singer Sharon D. Clarke will also be joining Season 11 in a yet-to-be announced recurring role, reported The Radio Times. Clarke has starred as Lola Griffin in the medical drama Holby City and has starred in many musicals and plays in London's West End.

"They’re three of Britain’s brightest talents and we can’t wait to see them dive into brand new adventures with Jodie’s Doctor," Chibnall said in a statement in the BBC America press release. "Alongside them, we’re delighted that Sharon D Clarke is also joining the show."

It sounds like there will be a lot to look forward to for fans in Doctor Who Season 11.

Correction: A previous version of this story incorrectly named Pearl Mackie’s character. It has been updated to identify her character as Bill and the First Doctor actor as David Bradley.