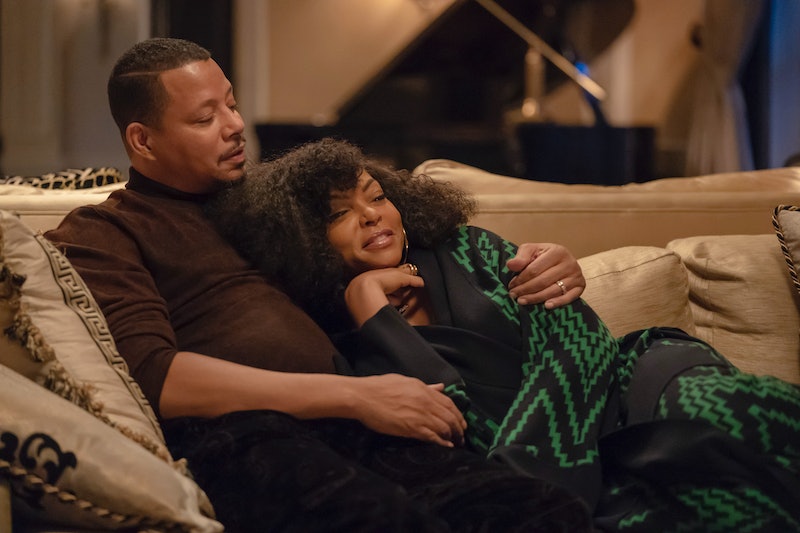 It may be the most wonderful time of the year according to holiday traditions, but in television-land, it's actually the most suspenseful time of year. Why? Because so many fan favorite TV shows are taking a winter hiatus, meaning fans must be left to wonder when their beloved programming will return, and what will happen next. Among This Is Us, The Good Doctor, and others, Fox's Empire is going on leave after its mid-season finale premieres on Wednesday, December 5. So when does Empire come back after its winter break? It may be too soon to tell, but an official announcement is surely on the horizon.

Empire producers are currently focused on the release and public perception of their impending fall finale. Once the dust has settled there, they're likely to release a statement regarding the official date for the show's return, but as of right now, one hasn't been enough. But it's coming — when Season 5 was announced in May, the renewal called for 18 new episodes, so fans are guaranteed another eight after the holidays.

It may be frustrating for fans right now to wade into the unknown with the fall finale, especially considering the likelihood that it will end in a major cliffhanger. But at least they know for sure that the Lyon family will return to the small screen in due time. Hopefully, depending on how the mid-season finale shakes out, they'll return in one piece. Then again, Empire is all about a grueling power struggle that attempts to tear the family apart. So you may want to hold your breath there.

Last year, Empire took a similar winter hiatus as it has in previous seasons. The show paused in November to allow writers to catch up on its developing plot before it re-aired again in the spring. On January 24, following its December Season 4 fall finale, Fox finally announced that Season 4 would resume on March 28, according to Deadline. So fans can expect Season 5 follow a similar timeline.

The mid-season finale is titled "Had It From My Father" and it follows Kai as he confronts Jamal, a Lyon son, regarding Empire dirt he uncovered in preparation for a journalistic expose. The two are engaged to be married, and well, Jamal could choose to protect his family instead of his relationship's future.

“My family certainly doesn’t need the noise right now,” Jamal says in a sneak peek clip published by TV Line. “It’s not like you can run it.” Kai doesn't see the choice as an easy one, regardless of how much he loves Jamal — he cares about his journalistic ethics. “So you’re asking me to choose between what’s right and… what’s right for your family?” he replies.

Empire is known for its bounty of unexpected twists and turns, so the imminent tiff between the couple could go one of two ways — it could be resolved in the name of love, or, everything could go awry in the name of Empire Entertainment and the Lyon family legend. The latter tends to take the forefront in most cases, but then again, that seems too predictable.