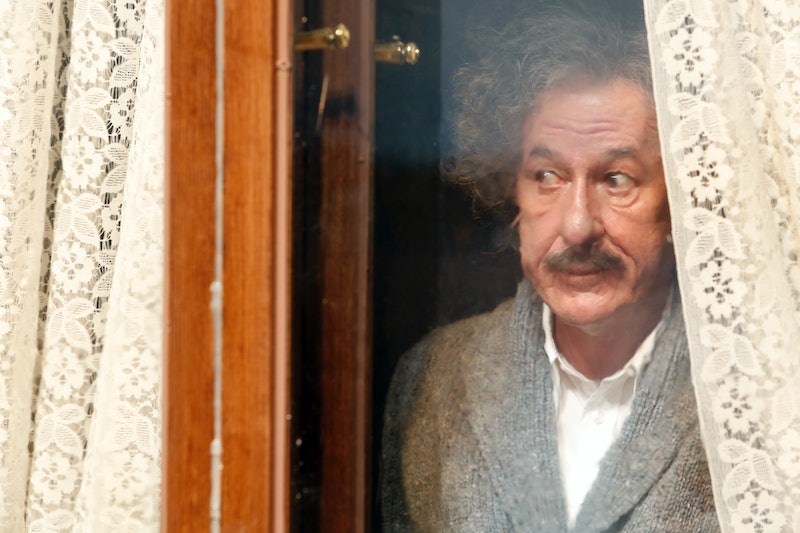 If any TV show can make you smarter, it's probably the National Geographic Channel's Genius. The first season of the anthology series chronicled the life and career of Albert Einstein. Now that the famed German physicist's story has been told, where will the series go next? Variety reported before the first episode even premiered that Genius had been renewed for Season 2. The network has not announced a premiere date for the second season just yet, but it's a good bet to assume it will return in about a year.

The first season of Genius has been self-contained; it tells a complete, two-timeline story about Albert and Elsa Einstein. And now the show will move on to another game-changing intellect. According to Deadline, "the anthology series focusing on the the world’s greatest minds" will reveal its Season 2 subject during the June 20 finale.

In advance of that finale, fans only have their theories of who will get the Einstein treatment next season. "I’ll say this. It’s not necessarily a scientific genius," director Ken Biller told Variety in the same article. "But it’s somebody who has a life that’s big enough, emotional enough and dramatic enough that it could fill 10 hours of television."

With those hints in mind, here are some icons who could possibly be at the center of Genius Season 2.

This was the guess Emily Watson gave to Variety when asked about her choice, and it makes a lot of sense. Genius did feature Curie briefly, so it would be easy for her to appear in the finale in order to hint that she'll be the next subject. And, as Watson said, "It’s gotta be a woman, come on!"

He's another somewhat obvious choice, considering Oppenheimer was also a Jewish Eastern European and worked with Einstein on one of the most impactful scientific discoveries in human history: the Manhattan Project. However, the creation of the atomic bomb was already the subject of Manhattan, a WGN series, so that could rule him out.

He's certainly as iconic as Einstein. Geoffrey Rush said to Variety, "Leonardo da Vinci, they speculate now that he might’ve had an IQ of 220," which is "20 points higher than Einstein." And with a totally different period setting, the two seasons of Genius could really distinguish themselves from each other.

No real hints to this prediction, but he's a great example of a under-appreciated figure in the world of science and technology. Eclipsed in his day by Thomas Edison, Tesla invented of hundreds of innovations that helped define modern life, but "died penniless and living in a small New York City hotel room," according to Smithsonian Magazine. That's a journey that's totally worthy of ten hours.

Here's yet another visionary who was featured in Genius Season 1. It wouldn't be too much of a shift for Season 2 to dip into Jung's past and piece together how he became the father of analytical psychology. It could even dive into his relationship and ultimate falling out with Sigmund Freud.

And, of course, Marie Curie can't be the only woman recommended for Season 2, so here's another possibility: geneticist Rosalind Franklin, whose work was ignored and overlooked because of her early death from cancer, and the erasure of her contributions by Watson and Crick, authors of The Double Helix. Like Tesla, there's a tragic dimension to her story.

Whenever Genius returns for a second season, it's going to have a new subject and, hopefully, a cast that rivals Rush and Watson's fabulous work as the Einsteins. So get ready to learn something new.