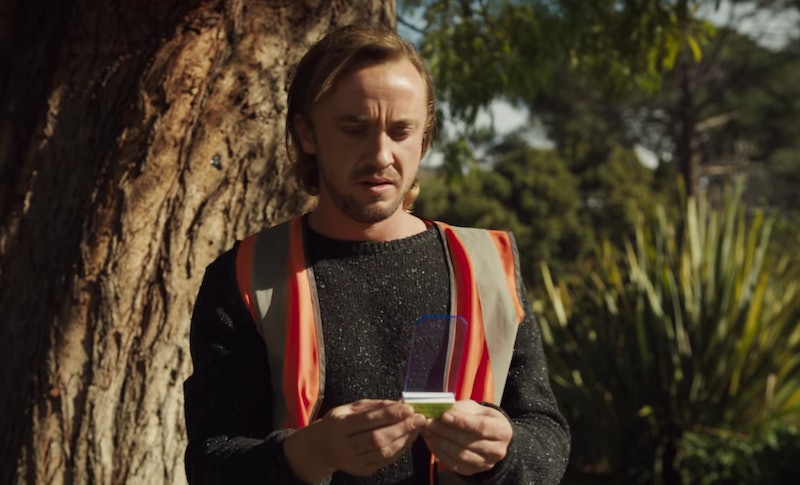 The upcoming web TV series Origin is already making waves due to it's unusual home on streaming service Youtube Premium. The series follows the story of a group of strangers who find themselves stranded on a spacecraft, which is bound for a distant planet. But when does Origin start in the UK?

According to the Mail, the U.S. drama will be available to watch from Wednesday November 14, and you can find episodes on Youtube Premium, a paid streaming subscription service. In the show, some abandoned spacecraft passengers must work together in order to survive, but soon realise that one of them isn't who they originally claimed to be, reports the Evening Express.

The cast of Origin includes acting newcomer Sen Mitsuji, who portrays the character of Shun, as well as Harry Potter stars Tom Felton and Natalia Tena. Other cast members include Nora Arnezeder, Fraser James, Philipp Christopher, Madalyn Horcher, and Siobhan Cullen. The Youtube series will run for a total of ten episodes, and the director of the first two episodes, Paul W. S. Anderson, is known for his previous work on Resident Evil: The Final Chapter. Anderson will also work as an executive producer on Origin alongside Andy Harries, Suzanne Mackie and Rob Bullock from production company Left Bank Pictures, who are known for producing the popular Netflix series, The Crown.

The British film and television production company behind the brand new web series hopes to improve the content on Youtube with Origin, which is being promoted as a pacy science-fiction thriller, that aims to attract a young audience, reports the Guardian. When discussing the how he managed to get people on board with the show, Harries, the production company's founder, told the publication that it was "not difficult". He then outlined the appeal of being part of an online series, which can potentially attract a global audience. He added: "The budgets are very, very good. When you make a 10-part series and it goes up on YouTube or Amazon, you’re making a show that is going round the world at the press of a button", and continued "Origin’s trailer has already been watched by 6 million people; that’s what YouTube and others like Netflix can offer".

As previously reported, the cast of the new show includes not one, but two former Harry Potter stars. Tom Felton, who played villain Draco Malfoy in the iconic film series, will star alongside Natalia Tena, who Potter fans will remember as Nymphadora Tonks. You may also recognise the 34 year-old actress from Game of Thrones, in which she starred as character Osha, reports the Evening Express.

Felton, who stars as Logan in the upcoming sci-fi drama, recently appeared on Good Morning Britain to discuss his new lead role. Despite the focus of the interview being Origin, host Piers Morgan shocked viewers when he admitted that he's never actually seen a Harry Potter film. The 53 year-old said: "I have never watched a Harry Potter film. You mean little to me in that context as a Harry Potter star".

Although a huge part of Felton's acting history, I'm fairly certain the 31 year-old has moved on from his Potter days. And if the trailer of Origin gives us any indication, it looks as if Youtube viewers are in for a real treat.