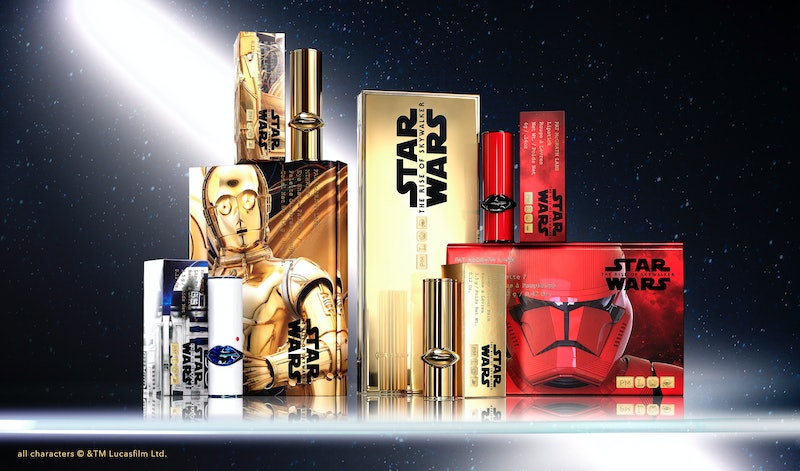 Pat McGrath is one of the most respected makeup artists in the world. She has painted the faces of some of the most famous, well-known, inspirational women around, and her artistry is unrivalled. What's more, the "Mother of Makeup" as she is called in the industry has a line of decadent products to rival any high end makeup brand. Her newest project will no doubt send fans into a frenzy, as it's just been announced she has worked on a Star Wars inspired line. So when does Pat McGrath's Star Wars collection launch in the UK, and what can we expect?

Well, first off, I think it's worth pointing out (and celebrating) the fact that this is a UK launch, meaning us Brits have been prioritised this time. So often launches take place in the U.S. first, so it's nice to know the UK beauty bunch are getting first dibs this time.

So onto the collection itself; as mentioned, it's inspired by Star Wars, and more specifically, the forthcoming – and final – episode of the Skywalker saga that will hit cinemas on Dec. 19. Now, I've never seen a Star Wars movie before in my entire life (don't @ me), but with this collection, it really doesn't matter whether you're a fan of the franchise or not. All you have to be is a fan of make up, because this stuff is quite literally out of this world.

With galactic packaging and an awesome array of shades, the Star Wars line will answer all of your Christmas party makeup needs. There are seven exclusive products in total, both for the lips as well as the eyes. These include some of McGrath's existing bestsellers, most notably the return of the Mothership IV Decadence palette, which fans cannot get enough of. There are also two smaller palettes packed with rich, pigmented hues, and four lip products, all in fairly neutral shades.

“For this brilliant collaboration with Disney which celebrates the intergalactic glamour of Star Wars, I have taken inspiration from the iconic beauty of Princess Leia to the gilded glamour of C-3PO,” McGrath told Vogue. “It’s been so much fun playing with make-up and Star Wars, two of my favourite things. The collection summons the Force with interstellar shades and hypnotic textures.”

The collection will be dropping in two parts, and if you want to get your hands on the products, mark Dec. 13 and 26, 2019, in your calendar. You can shop them at selfridges.com or patmcgrath.com.