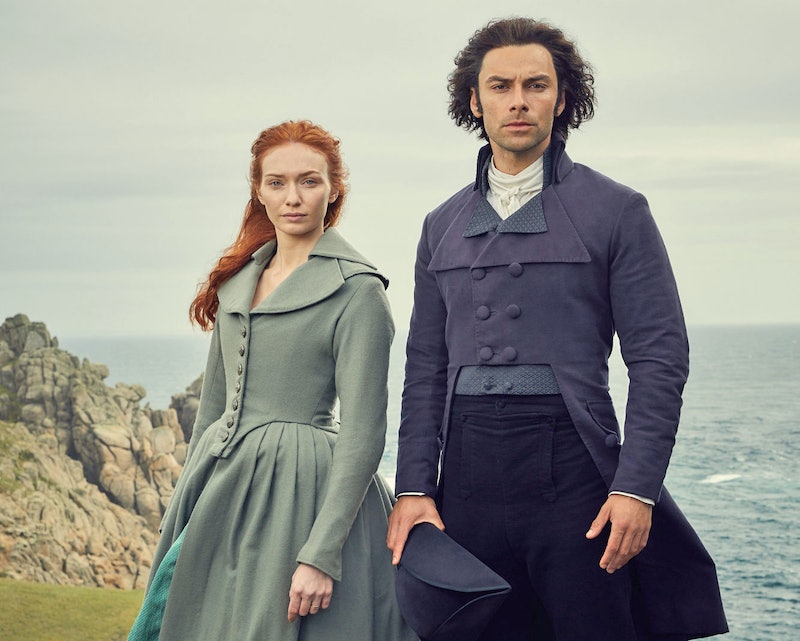 Season 4 of BBC drama Poldark concluded back in July with a dramatic series finale. With so many questions unanswered, fans of the show will surely be wondering when exactly Aidan Turner will be back on our TV screens. So, when does Poldark Series 5 start? According to the Radio Times, the fifth season isn't expected to return until next year. However, if Series 4's start date gives us any indication, this could mean around June 2019. But don't let the lengthy wait put you off because Poldark fans can enjoy the entirety of Seasons 1 and 2 of the hit BBC show on Netflix.

Production on the upcoming season has only just got underway. According to The Express this is because Turner, who stars as the shows lead character Ross Poldark, was finishing up commitments to the West End production The Lieutenant of Inishmore, reported The Express.

And those hoping for a sneak peak trailer of the new series will also have to wait, because unlike the Season 3 finale, there was sadly no teaser trailer at the end of Season 4.

The BBC has confirmed that Captain Ross Poldark played by Turner, and other lead characters including Demelza Poldark, played by Eleanor Tomlinson, and George Warleggan who is portrayed by Jack Farthing will all be returning for the final series.

Even though most of Poldark's main stars are set to return, it was rumoured soon after the fourth instalment that the fifth season of the BBC show will be it's last. This disappointing news came when one of the show's writers, Debbie Horsfield, commented on the highly anticipated fifth series and said “As far as we’re concerned it’s going to be the last".

This did not come as welcome news to viewers of the period drama, which averaged an impressive six million viewers throughout the fourth series. In fact, it appears fans are already getting hyped for their weekly Poldark fix.

And it seems the show makers are well aware of the anticipation building around Series 5, as the series' official Twitter account has been posting teasers that could suggest new info is on it's way (fingers crossed).

Unlike the other four series of the show which have been based on Winston Graham's Poldark novals, new episodes will be based on the ten year gap between book seven and eight. Writer Debbie Horsfield told the BBC, "Graham made many references to developments that happened in the 'gap' years. Much can also be inferred. There are, of course, also historical events and people of the time, both in Cornwall and in London. Series 5 will draw on all of these to follow the lives of the Poldarks, George Warleggan, the Enyses, and the Carnes in this intervening period.”

The BBC confirmed that Season 5 would be the show's last, shortly after the most recent series concluded. But fans who were disappointed by the news can take comfort in the fact that there are still more books to adapt should producers ever wish to bring the show back.

During last season's final episode, viewers witnessed the death of Elizabeth Warleggan, played by Heida Reed, shortly after giving birth to daughter Ursula. The emotional conclusion has left fans like myself pondering as to what exactly is in store for Captain Poldark in the fifth and final series, and quite frankly it can't come soon enough.