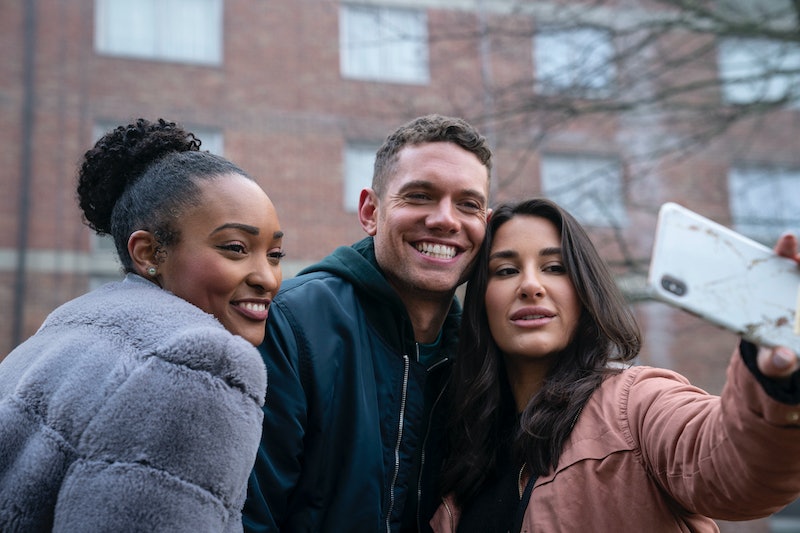 The after effects of reality television and overnight fame are set to be explored in Reggie Yates' powerful new drama, Make Me Famous. The BBC Three short film centres on a former reality TV star after the cameras have stopped rolling, and the harsh realities of life in the spotlight begin to sink in. Sound like your cup of tea? Here's everything you need to know about BBC Three's Make me Famous.

When Does 'Make Me Famous' Air?

Make me Famous will be available to stream on BBC iPlayer as of Wednesday, June 17.

What Is 'Make Me Famous' About?

Make me Famous delves into the consequences of fast fame, and follows the story of reality TV wannabe Billy, who lands his dream role in the fictional constructed-reality show Love or Lust. In the year following Billy's television stint, the careers of his co-stars begin to take-off. However, Billy begins to struggle with the residual effects of fame, social media, tabloid scandals, and public perception — which in turn brings some of his deepest vulnerabilities to the surface.

Who's In The Cast Of 'Make Me Famous'?

Discussing the upcoming short-film, leading man Brittney revealed how he "hopes Billy’s story will give audiences more compassion towards the people they see on screen."

Elsewhere, presenter and broadcaster Reggie Yates, who penned the BBC Three release, explained how the character of Billy is "very close" to his heart.

"It’s been a year in the making but it’s great to finally share this film with the BBC Three audience, who I feel have grown up alongside me, and I hope will resonate with our main character, Billy, who is very close to my heart," Yates commented.

Make me Famous is available to stream on BBC Three on Wednesday, June 17.