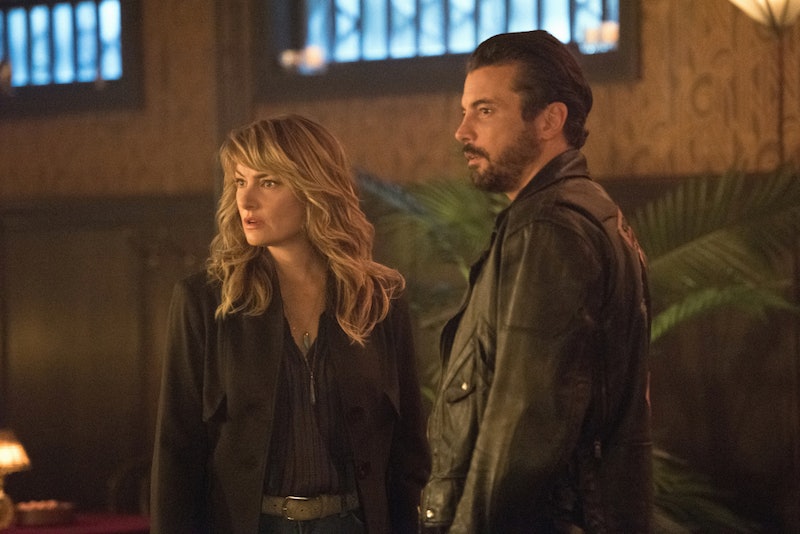 Riverdale Season 4 may have been been forced to end three episodes early, but the good news is that the CW has already renewed Riverdale for Season 5. So any cliffhangers — like the ongoing videotape mystery — will get resolved...it's just going to take a little longer than usual.

Star Mädchen Amick, who directed the Season 4 finale, tells Bustle that the show usually begins filming in July. It's still possible that they'll be able to safely resume production at that time, but amid the ongoing coronavirus pandemic, everything is still pretty uncertain. That Riverdale films in Canada further complicates things, given the current travel restrictions. "It's hard because we do work in such a close environment as cast and crew on production," Amick says.

Since its premiere in 2017, Riverdale has regularly returned in October. But the CW announced in May that the show won't be back until January 2021. When that time comes, there will be a lot of loose ends to tie up. "We were working towards prom and graduation ... [and] that would've felt like a really nice ending to Season 4," Amick says of the storylines that were cut short this season. "We were starting to get an inclination of where all the kids were wanting to head for college and what [that meant] for their relationships."

Season 5 will also bring a cast shakeup, as Marisol Nichols (Hermione Lodge) and Skeet Ulrich (FP Jones) are both departing the show. It's unclear if their characters will return for the beginning of Season 5 to tie up any remaining storylines, or if they'll just be written out. Amick says she will miss both of the actors on a personal level, and she's also sad because it could mean the end of Alice's relationship with FP. "I just feel sorry for poor Alice. She can never just be happy for any long period of time," Amick says with a laugh. "[FP leaving] probably would mean some kind of heartbreak [for her]."

Perhaps she'll get a new love interest in Season 5?