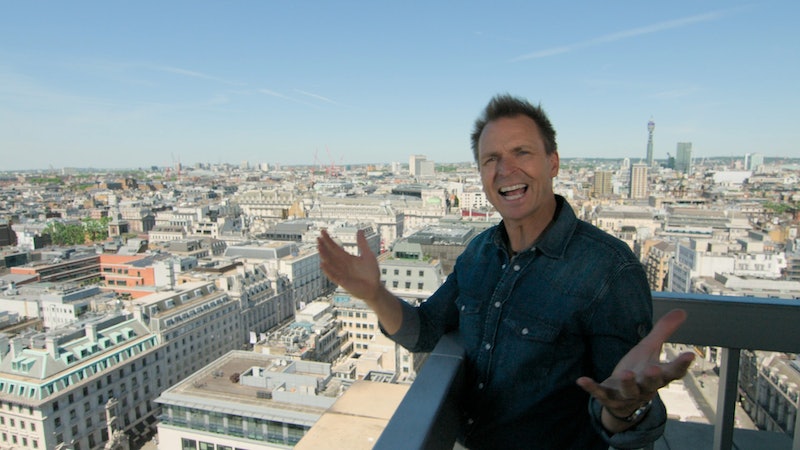 The Amazing Race is ending another season on June 26, and either Colin and Christie, Tyler and Korey, Leo and Jamal, or Nicole and Victor will be taking home a million dollars. The fans basically get to win too, though, because more Amazing Race episodes should be coming pretty soon. According to CBS, The Amazing Race Season 32 will premiere in the 2019-2020 TV season — which is way sooner than the turnaround last year.

The gap between Seasons 30 and 31 was a staggering 14 months, the longest fans have ever had to wait for new episodes. But Season 32 will likely begin airing as soon as early next year. Season 30 premiered in January and Season 29 was in March. Prior to that, most winter seasons have aired in February. All of those options are sooner than another April start date, so here's hoping winter 2020 brings more globe-trotting competition.

Host Phil Keoghan told Reality Blurred in early 2018 that CBS was planning to shoot two seasons that year, and that he believed it would be the same for 2019 as well. "I have a feeling we’re going to go back to a normal schedule," he said. That schedule would likely mean winter and fall air dates from 2020 onward. Prior to Season 29, the show used to premiere every September and February like clockwork, and fans would likely appreciate a return to the expected, as that would mean only two to four months between each season.

Indeed, The Amazing Race is already getting a jump on filming. The show's casting website says it was looking for teams of two with pre-existing relationships to compete in a season filming in summer 2019, aka now. Those cast members were scheduled to be notified of their participation between February and April of 2019. Considering Season 32 has already reportedly finished filming, it's likely that this was the casting plan for Season 33 — perhaps set to air in fall 2020.

As for Season 32, there's no specific premiere date or cast list yet, but there has already been one confirmed travel location: Trinidad and . Tobago. The local Newsday paper reported that Keoghan and co. traveled to the area for the first time in the show's history — something that local Tourism Secretary Nadine Stewart-Phillips was thrilled about. "Here we would have our small island of 116 square miles being featured to 80 million people across the world," she told Newsday. "I am extremely pleased that Tobago was selected... The island has much to offer, and with this event having been hosted on our shores, placed us in a very unique position to showcase our beauty to the participants and the wider global community."

Stewart-Phillips even gave a hint about what The Amazing Race teams had to do there:

"The competitors ... had to go fishing at Nylon Pool, they had to play the steelpan at Pigeon Point, and they also [participated] in goat racing at the Buccoo Integrated Facility. After the first leg of the competition, one team was eliminated while the other 10 teams moved to the next level of the competition."

So many teams still in the competition means that Trinidad and Tobago was likely one of the first stops on the race. And hopefully, fans won't have to wait too much longer to see how it plays out in Season 32.