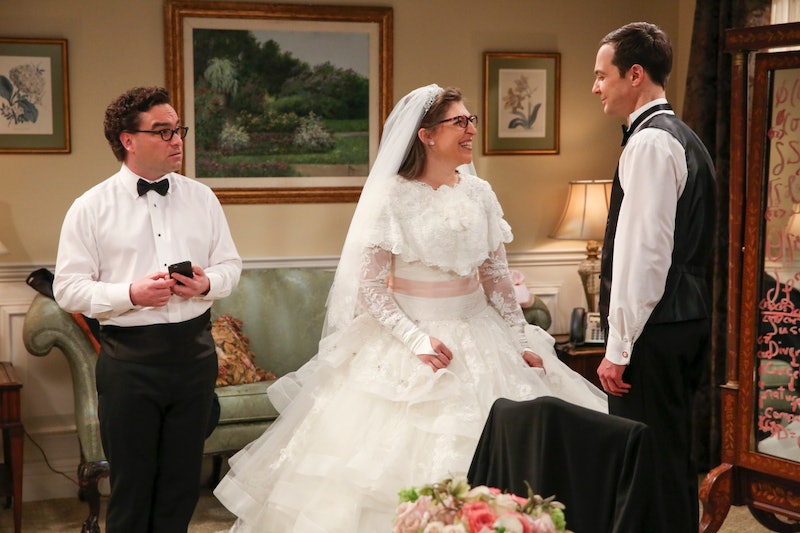 Well, CBS hasn't announced a premiere date yet. But since the pilot episode in 2008, The Big Bang Theory has always aired its season premiere some time during the last two weeks of September. Therefore, it seems a pretty safe bet that Season 12 will bow on either the third or fourth Thursday of September 2018, provided it doesn't switch nights of the week.

Twelve years is a ripe, old age for any scripted TV series. And though it doesn't seem that its popularity has waned, there's a good chance that this next season might be the end of the road for Leonard, Penny, Sheldon, Amy, Howard, Raj, and the rest. In January 2018, TVLine reported that Johnny Galecki, who plays Leonard and is an executive producer on the show said that he thinks Season 12 may be the last. At the Television Critics Association winter press tour, the actor said, "The only manner in which the cast has discussed wrapping [The Big Bang Theory] has been that we’re all going to be very sad when that day comes. But I think at this point everyone’s very comfortable with 12 seasons being a good time to go home and see our families.”

Showrunner Steve Holland seemed to share Galecki's sentiment when he gave an interview to Digital Spy at PaleyFest. "There's certainly stories that we still want to tell that we haven't told yet," he said, "and who knows what'll happen after season 12, so Season 12 might be a nice chance to tell them."

But not everyone from the cast and crew seems quite so convinced that they're on the verge of the final bazinga. Jim Parsons (who plays Sheldon) told Digital Spy in February that he thought the future of The Big Bang Theory was still undecided. "It's really getting into a very individual state, of how does everybody feel, and whatever," he explained. "And that includes the writers, who we've not had some major discussion with yet. There hasn't been like a cast and producer discussion about the future of our show or whatever."

Also at PaleyFest, Kaley Cuoco revealed to E! News that she's far from sick of playing Penny and would definitely be up for another season. "I would not be opposed to another season," she said. "It's crazy to think going into a Season 12 that the show is still as good as it was Season 1, and that's really hard to say. I'm just proud of this long-lasting kind of comedy we've given for so many years, and I think it'd be very stupid to turn down another season." Even if Season 12 does turn out to be the finale for The Big Bang Theory, maybe there could be a spin-off for Penny somewhere down the road. After all, Deadline reports that the current spinoff Young Sheldon has already been renewed for Season 2.

In an interview with EW, Jim Parsons mentioned that he hopes Young Sheldon will act as a sort of Big Bang patch for those coping with the end of the beloved series. “Knock on wood, if [Young Sheldon] goes on for a little while," he explained, "I hope it has a somewhat incidental therapeutic effect. Certainly on me, maybe on the cast as a whole. It may help the death [of The Big Bang Theory] not be quite as total.”

Whether you're like Cuoco and itching for another installment, or you're more like Galecki and ready to say goodbye, here's hoping that Season 12 of The Big Bang Theory is worthy of the modern classic the series has become.