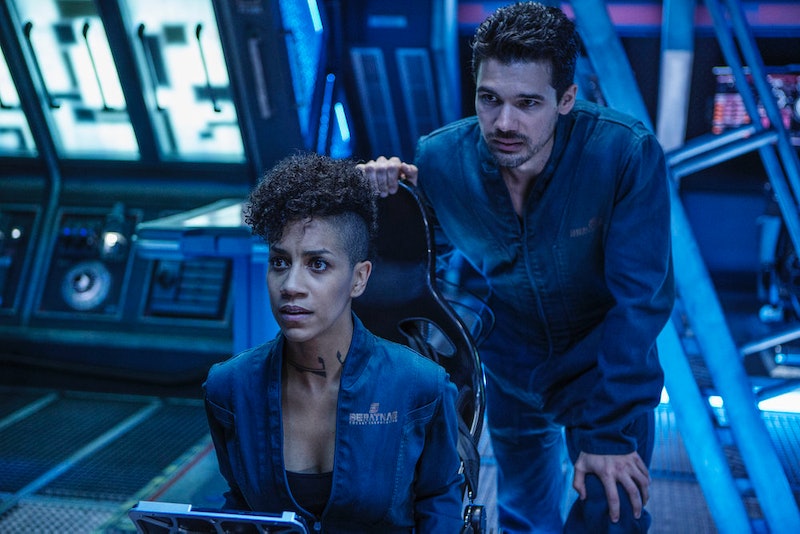 Is it just me, or does it seems like all the best shows on television are based on books these days? SyFy’s latest critical darling, The Expanse, is certainly no exception. This season, the futuristic film noir-esque space opera has captured even more hearts and imaginations thanks to its stellar cast and gorgeously told story, and fans simply cannot get enough. The good news is, SyFy knows what we all want and isn’t afraid to deliver more. As reported back in March by Deadline,The Expanse will return for Season 3 for a another 13-episodes next year in 2018 — which, yes, means we have to wait yet another year to check back in with the Rocinante crew and the escalating conflicts between Earth and Mars.

At least The Expanse and the books they’re based on don’t differ all that much thematically, so you can always catch up on a little reading if you can’t bear not knowing what happens next, right? Speaking of stuff you might not know just yet, it shouldn’t surprise you to learn there’s a lot that goes into making story this good. Check out some of these fun facts we learned about the world of The Expanse this past season to tide you over while you wait for Season 3: