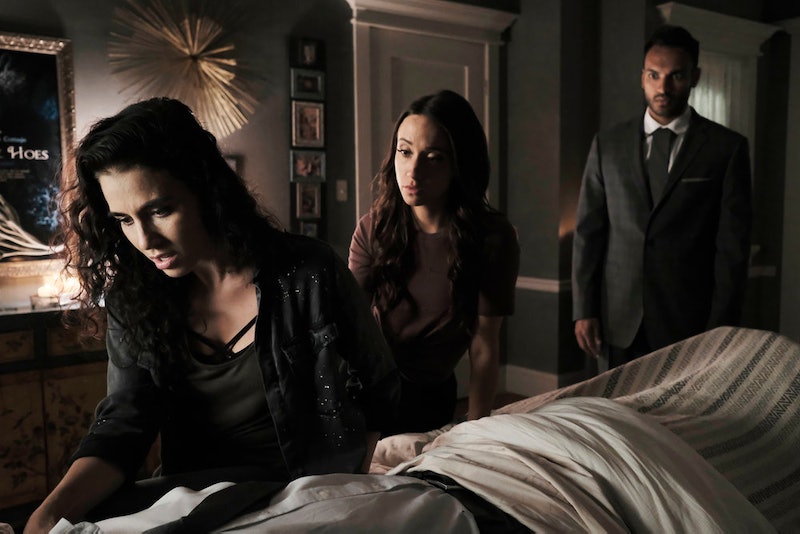 While the world of The Magicians has been struggling ever since the disappearance of magic at the end of Season 2, the show itself has been continuing to succeed. Season 4 of The Magicians was ordered over a month before the Season 3 finale, which airs on April 4 on SyFy, giving the cast and crew ample time to prepare for the show's fourth season. The series has been liberally adapting the show from the The Magicians book series by Lev Grossman throughout its three seasons, borrowing plots and characters and altering the timeline of events from the book to fit the show. And, as the show enters its fourth season, the show could continue to stray from the books and enter new territory.

Deadline reported that The Magicians fourth season is set to premiere in 2019, meaning fans will have a bit of a wait to get the resolution of whatever shocking cliffhanger Season 3 leaves fans on. However, with the show slowly running out of storylines and characters to pull from the novels, the show's executive producer admitted that the writers need to get creative. In an interview with Inverse, Executive Producer John McNamara explained, "We keep in mind the core of the books — the characters, the values — and we keep Lev [Grossman] very involved ... But at some point, you have to let yourself improvise because there are only three books, and if we did it faithfully — it’d be a miniseries."

The Magicians is a show that has never been afraid to take risks, and Season 4 could end up providing some huge surprises for fans of the show as well as those of the books.

With politics in Fillory being more complicated than ever, Alice's ambitious plans to seize control of The Library, multiple Pennys from multiple timelines, the villainous demon Reynard wrecking havoc in the guise of a pizza deliveryman, and a host of other plotlines that need resolution — Season 4 of The Magicians is going to be jam-packed with endings for some plotlines, and beginnings of others. In an interview with Collider, showrunner Sera Gamble spoke about the big plans that the writer's room has for the fourth season of The Magicians, and it sounds like fans of the show's dense and often confounding world will have a lot to look forward to.

"I can’t talk about it yet, but not only did [the writers] come in with crazy ideas, they came in with flowcharts about their crazy ideas. I walked in and there was a huge flowchart, and one of our new staff writers, Jay Gard, who was promoted to staff writer this year, was standing there with this little sparkling magic wand that has a little star at the tip of it, and he was gesturing to this flowchart with the magic wand, explaining magic to us."

The Magicians has never been a simple show, with several small details that need to be tracked to fully understand the worlds of Brakebills and Fillory, but it sounds like things are only getting more complex as the series goes on.

While the fourth season promises more interesting diversions from the books and a complex world of magic, perhaps the biggest relief that Season 4 of The Magicians will bring is a continuation of whatever earth-shattering finale closes out The Magicians Season 3. After Season 1 left half of its characters bleeding and maimed on the ground in its finale and Season 2 ended with the reveal that magic was gone, it's safe to expect Season 3 to have another ending that will keep dedicated fans clamoring for the fourth season to resolve whatever cliffhanger closes out the finale. Season 4 of The Magicians won't premiere until 2019, but the show will have plenty of story to tell when it returns.