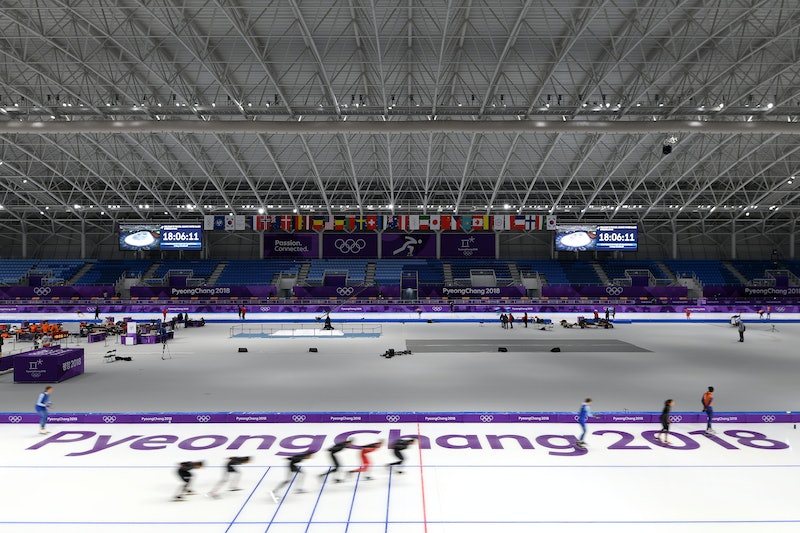 The 2018 Winter Olympics in PyeongChang, South Korea are finally upon us, which means you've got weeks of some of the highest-level athletic competition in the entire world to look forward to. It also means that you might need to start blocking out your TV time, so it might help if you knew precisely when the opening ceremony will end.

To be clear, the games are already taking place as you read this. That's because a handful of events take place in the two days leading up to the ceremony on Friday. The big kickoff actually will take place early in the morning if you live on the east coast, and in the very early morning if you live on the west coast. It's scheduled to begin at 6:00 a.m. ET on Friday morning, and it will be broadcast again on NBC at 8:00 p.m. ET that night. As for when the ceremony will end, that's best figured out by examining how long other opening ceremonies have run in recent years. And make no mistake, they tend to last a long time.

You could also look at how much time NBC has set aside in its schedule for the opening ceremony as a guide. As of now, the network has carved out a three-hour block of programming time for the ceremony, which is right in line with the lengths of the opening ceremonies at Sochi and Vancouver. So if you're determined to watch to see the whole thing, prepare yourself to be glued to the TV for about three hours.

The 2018 PyeongChang games figure to be competitive, exciting, and full of drama, which isn't exactly a controversial statement ― it's the Olympics, after all. There are 92 countries competing in the games this year, with hundreds of athletes looking to take home the gold.

So, to recap: if you're already getting excited for the opening ceremony, you're in luck, because you don't have much longer to wait. The live event will be going down at 6:00 a.m. ET on Friday morning, but you'll be able to watch a rebroadcast on NBC in primetime. If you're not that much of a night owl, don't fret: assuming everything goes according to plan, the opening ceremony should end right around 11:00 p.m. ET.