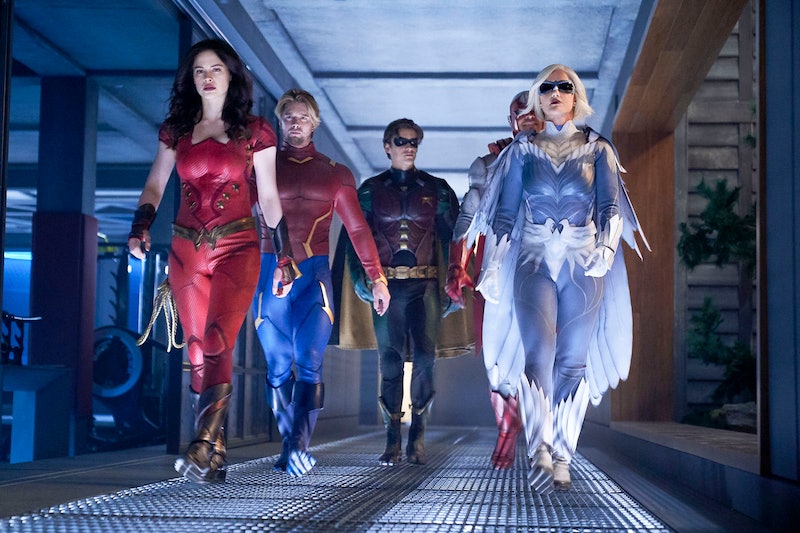 Titans' second season may be coming to a close, but the Season 3 premiere isn't too far away. When DC Universe officially renewed the show earlier this month, they confirmed it would return in fall 2020. And while there's not yet an exact date, rest assured that showrunner Greg Walker has been busy planning for several months: in August, he told ComicBook.com that he'd already begun mapping out the new episodes.

Season 2 began with Robin Dick Grayson (Brenton Thwaites) reuniting the Titans and moving to San Francisco — inadvertently pulling Deathstroke (Esai Morales) out of retirement and renewing his plan of vengeance against the group. It's an arc that has built throughout the season, and will culminate in what Walker describes as their most comic-centric episode yet.

"We work the edges of what you can do in the genre in the season — in the kind of grounded, emotional, psychological territory — and now we're back," he told Entertainment Weekly in August. "It's more of a celebration of what Titans can be. I hope/feel it is earned. That's my goal."

DC Universe obviously believes in the stories Walker is telling enough to bring Titans back, though how many episodes will be in Season 3 is also still unknown. Season 1 had 11 episodes while Season 2 expanded to 13, so it's likely that the new batch will have a similar number.

Also up in the air is which cast members will be returning for Season 3. It's likely that Dick Grayson will be back, especially with the recent introduction of his Nightwing persona, and Titans would feel somewhat incomplete without Starfire, Beast Boy, and Raven. That being said, details so far have been sparse — understandable, considering the renewal was only confirmed a few weeks ago — and much will depend on what Walker decides to do in Season 3. But it sounds like he knows where he wants to take things; now, fans just have to be patient.