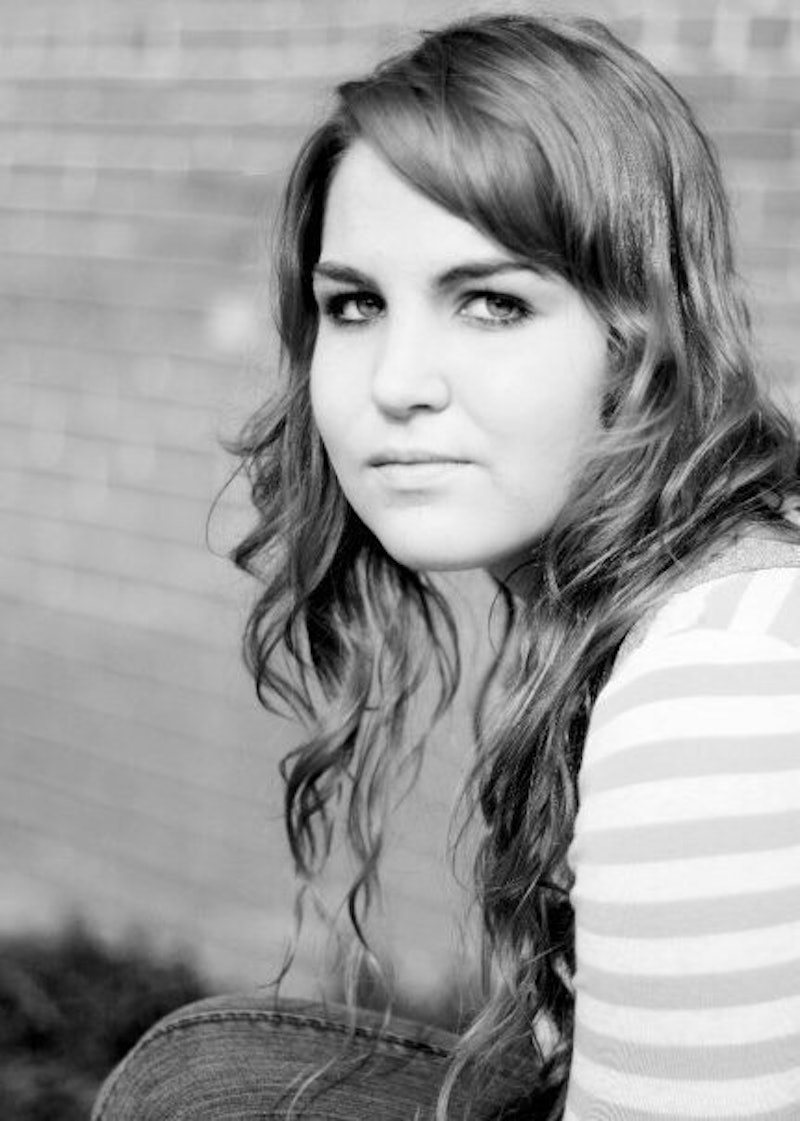 I had no idea what to do after I was raped. I was hurt, scared, and angry that a stranger had violated my body — as well as the decision I had made at age 12 to abstain from sex until marriage. I was too afraid to tell anyone about it. I thought I was ruined. But in addition to all of that, I was dealing with another problem: I knew that seeing a doctor about my assault would end with my mom getting a huge bill delivered straight to her door, and I certainly didn't want my mom — let alone every member of my religious community — to know what had happened to me.

We didn’t have health insurance back then. Instead, we were part of a Christian sharing ministry called Samaritan Ministries. Under Samaritan's rules, if I were to see a doctor about my assault, the only way to possibly get it reimbursed would be to give details of my situation to every other ministry member and hope they wanted to pay for it collectively. And that's if the organization even chose to publish my story in the first place.

Does this all sound like I’m making it up? Or like the way health insurance would work in a Handmaid’s Tale-type dystopia? Allow me to explain.

When the Affordable Care Act went into place, health insurance premiums rose. At that point, I didn’t know anyone who was happy about it, but my family was outraged. To be fair, my mom is a single mother, a teacher, and has four daughters. At the start of the ACA’s implementation, her cost of insurance rose so much that she couldn’t afford her usual coverage.

Essentially, members of Samaritan live by the philosophy that their health is in the hands of God, and that if anything goes wrong, He will provide.

She looked into some other options, and found Samaritan Ministries, a Christian sharing company with the motto, “Christians helping Christians with health care.” Basically, members don’t have health insurance as you'd traditionally define it; instead, they agree to be a part of what the official website describes as, "a group of believers that have come together in Biblical community to help bear one another’s medical burdens without the use of health insurance." If a Samaritan member has a major medical issue, they file it with the company. If it meets the company guidelines, Samaritan will send out the afflicted person’s information, and other members will send money, as well as notes of encouragement. Samaritan members are required to send a certain amount of money to other members each month. Essentially, members of Samaritan live by the philosophy that their health is in the hands of God, and that if anything goes wrong, He will provide.

This may sound idyllic to some extent — members of a community helping one another — but the organization applies some pretty strong judgment regarding who deserves help, and what kind of help they deserve. To begin with, people applying for membership must be Christian — the Samaritan website notes that applicants "must meet all the requirements of this section and submit an application, including a pastor’s verification." There are lot of health issues that the organization refuses to make public to other members so that they can help you pay for them, including contraceptives, ADD or ADHD, alcohol poisoning or any injuries that result from drug or alcohol use, "self-inflicted injuries for members over 12 years old," routine medical care like check-ups or physicals, and mental health care in the form of medication or therapy. They will also only help cover any kind of sexually transmitted disease if it is contracted “innocently,” which the site defines as "blood transfusions or medical procedures" ( the site also notes that "it is the member’s responsibility to demonstrate that the disease was contracted innocently," though how exactly they should do that remains unclear).

I worried that the other Christians who are part of Samaritan wouldn’t be too keen on shelling out their own money to help cover the cost of a rape kit for a drunk girl, or that they would define what happened to me as a sexual encounter outside of marriage —in other words, not innocent.

There are absolutely no notes in their literature about whether they cover sexual assault.

After I was raped, I knew as far as healthcare went, I didn't have a lot of options. I knew that I would be responsible for whatever costs accrued if I saw a doctor, and maybe the company would accept our request to send out our story and ask for help. I worried that the other Christians who are part of Samaritan wouldn’t be too keen on shelling out their own money to help cover the cost of a rape kit for a drunk girl, or that they would define what happened to me as a sexual encounter outside of marriage —in other words, not "innocent." So I did nothing.

When I first started having panic attacks, several members of my family held me in prayer, and told me that if I allowed the Spirit in, I would be healed. I was told my anxiety could be prayed away — many Christians feel that it can be, and there are always those incredible stories of people who have been healed from their illness, just by prayer. I am still Christian, but while I believe that Christ can heal, He doesn’t always. And despite what everyone told me, my anxiety didn't go away; I panicked even more. I began to doubt my faith, my Christianity. I thought I wasn’t a good enough Christian, that I was doing something wrong.

My panic attacks increased and my anxiety began affecting my physical and mental health — symptoms of post-traumatic stress disorder. But I still didn't seek treatment, because I knew that the out-of-pocket costs would be too high. I couldn't access treatment, because the people in charge of the organization didn't think my health problems were health problems worth treating.

My breaking point came when I had to see our country defend a man who bragged about sexual assault, and then elect him into the nation's highest office. That's when I knew I needed to speak out.

If I had had proper health insurance when I was raped, it might not have taken me so long to finally accept what had happened to me; I might have been able to see a therapist right away, to learn coping mechanisms for my anxiety. Instead, I waited a year to tell my mom, because I couldn't access therapy that would have helped me. My breaking point came when I watched our country defend a man who bragged about sexual assault, and then elect him into the nation's highest office. That's when I knew I needed to speak out.

These days, I’m lucky enough to be able to afford health insurance through the health care marketplace, but who knows how long that will last — and if my coverage will change — if the Republican health care bill is passed.

As someone who was raped, I can tell you from personal experience (as can countless other women and marginalized people), that health care based on judgment of morality and 'goodness' can be incredibly dangerous.

It's not a huge stretch to compare my experience with Christian-based healthcare to the Republican health care bill — both are about people placing moral judgments on what is and is not worthy of coverage, and who is allowed to access it. Alabama representative Mo Brooks said that the Republican health care plan would reduce the cost to those "people who lead good lives, they’re healthy, they’ve done the things to keep their bodies healthy," and went on to refer to these people as those "who’ve done things the right way." I can tell you from personal experience (as can countless other women and marginalized people), that health care based on judgment of morality and "goodness" can be incredibly dangerous.

In my opinion, health care in America definitely needs to change; the ACA isn’t perfect right now, and it could definitely use some work. But the Republican health care bill isn’t the answer. Because health care shouldn’t be political, or religious. It shouldn't be about who deserves it and who doesn't.

It should just be.

"Samaritan Ministries is praying for Korey after learning of this tragic, painful experience that took place at an earlier time in her life. We can only imagine the fear and hurt she experienced after her rape. It is unfortunate that Korey did not submit her need to Samaritan Ministries, as not only would a representative have prayed with her immediately on the phone that day, but Samaritan would have absolutely shared this need with our members. Besides sending their monthly shares to her family for the medical expenses, we are certain that members would have rallied around Korey and supported her through prayers, encouragement, and perhaps even insight and empathy from those who had gone through similar trauma. Samaritan Ministries would have also made Korey’s need known to members in a sensitive way that she pre-approved and with which she was comfortable, which is our practice. Samaritan Ministries’ mission is to connect members through a supportive community so they may lift up one another financially, spiritually and emotionally during the most trying times of life."