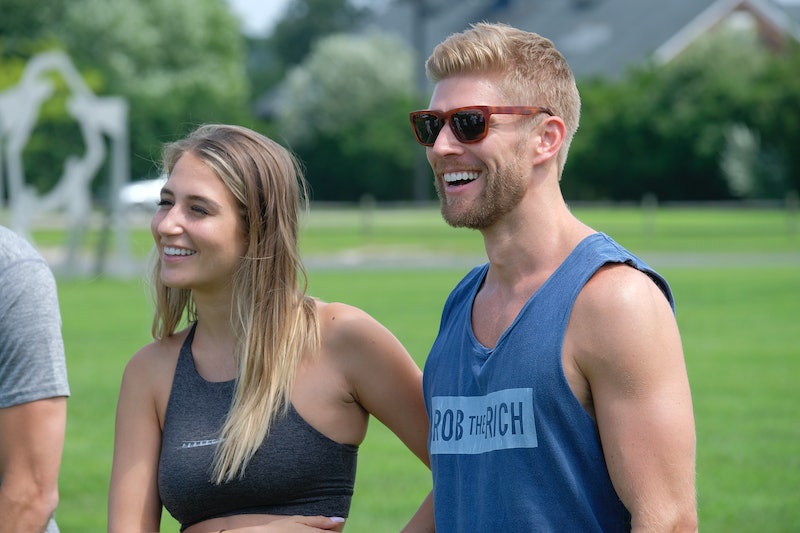 Wedding planning hasn't exactly gone according to plan for Summer House stars Kyle Cooke and Amanda Batula. Though they did find a venue after getting engaged in September 2018, it later fell through, and the two were heavily fighting heading into Summer House Season 4. They worked it out, though, and reveal they've set a date in the April 29 episode. But amid the COVID-19 pandemic, Amanda and Kyle's wedding date may have to change.

"It's really weird to, like, get excited about planning a wedding that you don't even know if it's going to happen," Amanda told Entertainment Tonight, adding that she and Kyle have their heart set on tying the knot this fall. "You want to move forward, you want to book all these people. But, like, who knows?"

Still, they're staying optimistic. "I mean, I think there are worse things that can happen," Amanda continued.

This comes after a particularly turbulent summer for the couple, who were fighting heavily heading into the filming of Summer House's fourth season last summer. "Going into the summer, our relationship wasn't in the best place," Amanda told Decider in February. "We were both stressed out, overwhelmed, overworked, and I think what you'll see is us getting through that and getting our relationship back on track."

Indeed, the couple now seem to be in a good place on the show — and almost a year later. They're eager to make Summer House Season 5 work despite the global pandemic, and are equally determined to tie the knot.

"I mean, we're coming up with our own plans on how we can make Season 5 work. … It's like, let's do this Big Brother-style. Let’s just throw us all in the house," Amanda told ET, adding: "Whether the wedding ceremony happens or not, we'll probably just end up getting married no matter what, and celebrating it later on."

More like this
Barney Walsh Has Been Linked With This Famous Miss World Winner
By Sophie McEvoy
'Love Island' Has Added Yet Another Bombshell To The Villa
By Bustle UK
Kylie Jenner Clarified How To Pronounce Her Son's New Name
By Jake Viswanath
Molly-Mae & Tommy Fury Revealed Their Baby Girl's "Really Unusual" Name
By Sophie McEvoy and Sam Ramsden
Get Even More From Bustle — Sign Up For The Newsletter
From hair trends to relationship advice, our daily newsletter has everything you need to sound like a person who’s on TikTok, even if you aren’t.

This article was originally published on Feb. 20, 2020