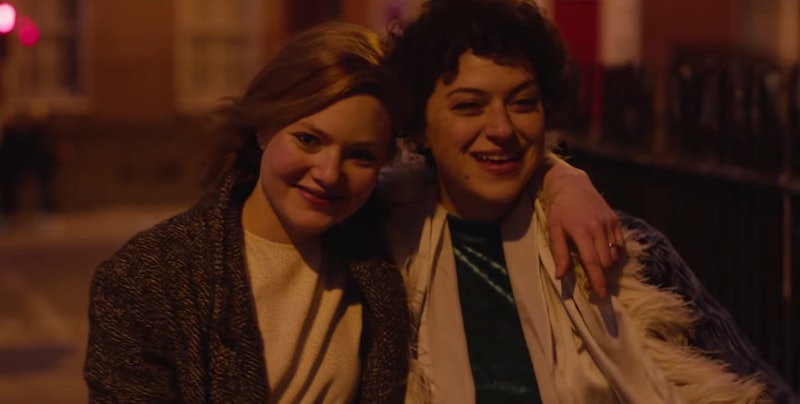 Animals is the new female-led film that you need to watch this summer. Directed by Sophie Hyde, the film is based on a novel by Emma Jane Unsworth and tells the story of two best friends whose lives change when one of them gets engaged. It's a premise we've seen before, but one that Unsworth re-imagines in a radical new way. The film first premiered at the 2019 Sundance Film Festival, but when is Animals out in the UK?

Laura and Tyler's lives are centred on booze, drugs, and partying. But they're also filled with love, especially for one another. However, when Laura meets and falls for classical pianist Jim, whose stable and restrained lifestyle is the antithesis of the one Laura and Tyler have built together, the girls' relationship is seriously tested.

"Animals beautifully navigates the complexities of intimate relationships," Kerry Hudson wrote of Unsworth's second novel back in May 2014. "Never cloying or mawkish, it communicates vulnerability, dependence and tenderness, often in a single dazzling line." From the looks of the trailer, Hyde's film adaptation captures all of this, offering a window into a beautiful, if chaotic, female friendship. Unsworth helped to adapt the story for film, Variety reports, so fans of the original text don't have to worry about the film straying too far. From the looks of things, the only obvious difference between the novel and the film is that the two best friends now reside in Dublin, instead of Manchester.

Speaking to the Guardian about this change of location, Holliday Grainger (Cinderella, Jane Eyre), who plays Laura in the film, said: "I think Dublin and Manchester are so easily transferrable, because Dubliners and Mancunians do have a similar vibe. There’s a similar musical and literary heritage. A strong cultural heritage and a strong cultural identity. And there’s a pride in both cities."

Benjamin Lee of the Guardian gave the four out of five stars and described it as "best friends facing conflict in a Dublin-set original filled with remarkable insight and wit. It’s not a film that cares if you find these women charming or likeable — it just cares that you believe them."

Lee also states that the film has "[e]choes of Trainwreck, Bridesmaids, and Fleabag," which has certainly caught my attention. If there really are similarities between Animals and Fleabag (which is one of the greatest female narratives of our time IMO), I'll be first in line on premiere day. But when is that exactly?

Well, it doesn't look like we'll have to wait too long to see Animals, because Cornerstone have stated on their site that the UK release date is August 2, 2019. Phewf.

Alia Shawkat plays Tyler in Animals, and you may recognise her from Arrested Development, Duck Butter, or Broad City. Shawkat and Grainger appear to work perfectly together in this film, bouncing off one another and creating something that feels truly authentic. With actors like these at the helm, a stellar director, and an exciting script, Animals will have everyone talking come August 2.