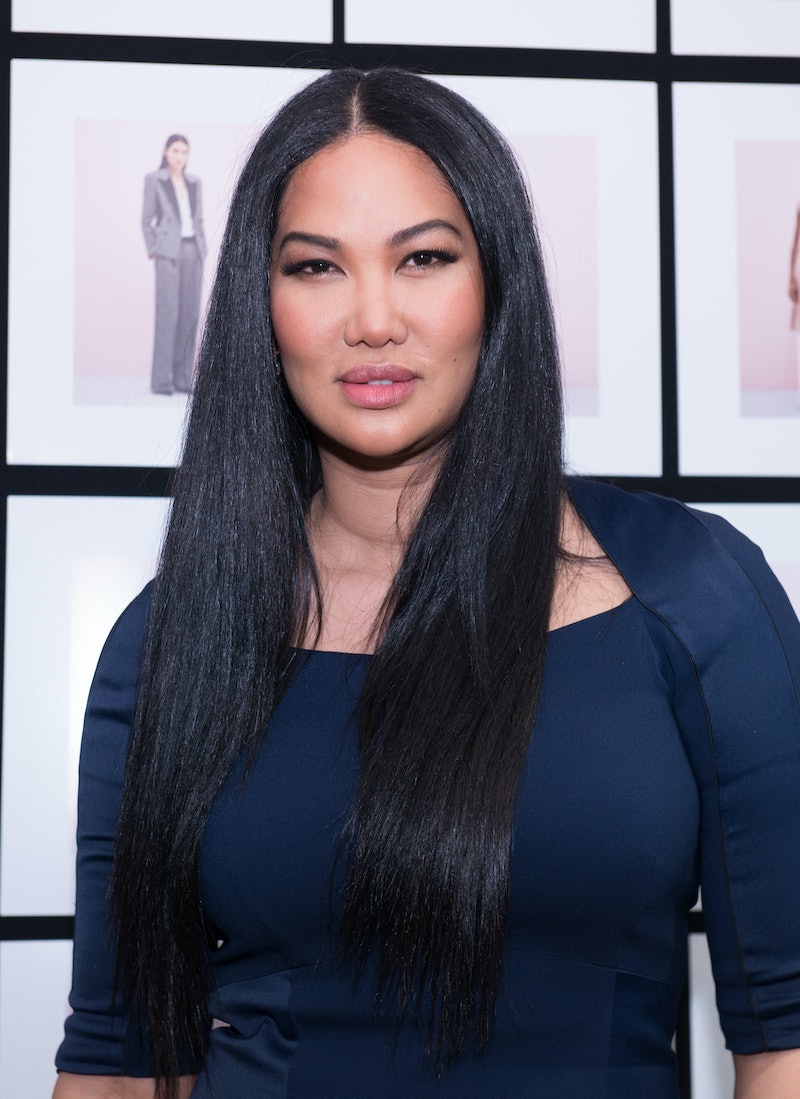 The sleek embroidered cat that donned many mini skirts of the 2000s will be making its way back in stores. Fashion mogul Kimora Lee Simmons Leissner is relaunching Baby Phat, and the brand is slated to re-emerge in Summer 2019. And Simmons Lessiner is bringing on her daughters, Ming Lee Simmons and Aoki Lee Simmons, to contribute to the new and improved brand.

Baby Phat started in 1998 as a partner brand to Russell Simmons' brand Phat Pharm. In 2004, Baby Phat was acquired by Kelly Company, however the streetwear brand is making its comeback in the hands of Simmons Leissner once again. According to a press release sent to Bustle, the businesswoman was giving a keynote address with UN Women and the Gender Innovation Coalition for Change (GICC). Simmons Leissner announced, on International Women's Day no less, that she had reacquired the brand.

Not only is the new Baby Phat going to be owned by a woman, but Simmons Leissner confirms the brand will be run by women as well.

“We must immerse a younger generation of women in every opportunity for personal growth we can. It’s our job to give them the confidence and tools to innovate,” Simmons Leissner said in the press release. “It is only by example that we can teach younger women how to practice self worth, respect others, and innovate the change we need to see in this world.”

With the help of Simmons Leissner and her daughters, the brand is planning to start with a collaboration for summer 2019 and a signature collection for Fall 2019.

Baby Phat already has its own official Instagram account. The mogul made the news of the brand's resurgence Instagram official, posting a gif of the brand logo and tagging its page.

Simmons Leissner spoke explained the relaunch and women's impact as consumers in an interview with Bloomberg.

"I think it's very important that you have women on both sides as the end user, women as the creator," Simmons Leissner said. "We are such a big consumer. We are responsible for so many of the dollars that are floating around. we need to take more of that responsibility and own it and it needs to be targeted towards us."

Baby Phat was created by Simmons as a women's streetwear "spinoff" to Phat Pharm, which launched in 1992. The Baby Phat brand offered collections of apparel items, bags and purses, as well as shoes and sneakers.

Simmons Leissner started out as a fashion model at the early age of 14 and began her career modeling for Chanel. The young model was also one of Karl Lagerfeld's muses, and scored major magazine covers as a Black and Japanese model.

In 2007, Simmons Leissner became Creative Director and President of the parent company of Phat Fashions which is owned by Kelly Company.

Simmons Leissner has been breaking the business mold for women since the 90s. Now that the former model is bringing back one of the original streetwear brands, street style fashion is about to be "phat" again.

More like this
Dapper Dan’s Sold-Out ‘DAP’ GAP Hoodie Is Finally Back In Stock
By Dominique Norman
Social Media’s Favorite Fashion Influencer is Meredith Blake from ‘The Parent Trap’
By Morgan Sullivan
Are Skater Shoes the Next Y2K Trend to be Revived by Gen Z?
By Lauren Alexis Fisher
11 Graduation Guest Outfit Ideas To Wear To Someone Else’s Ceremony
By Phoebe Avison and Claire Fox
Get Even More From Bustle — Sign Up For The Newsletter