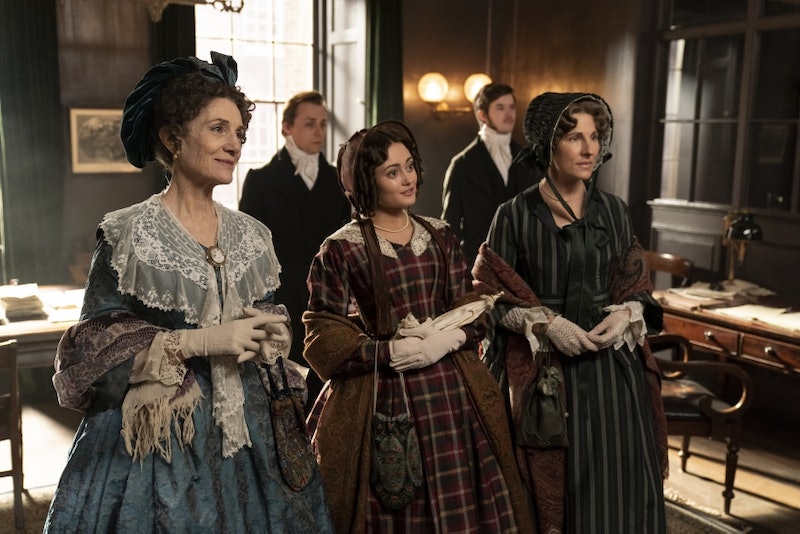 "Ugh there are just too many period dramas at the moment," said absolutely nobody ever. Call me old fashioned, but boy oh boy isn't a lush costume drama just the ticket? And when it comes to perfectly delightful period pieces with a dastardly and dramatic edge, Julian Fellowes is kind of the don. So when news broke that he had a new show in the pipeline fans were dying to know, when is Belgravia coming to ITV?

I'm very happy to announce that Belgravia has an official start date that I can share with you. Clear your diary because the new ITV drama starts Sunday 15th March 2020 from 9 p.m.

The show is a tale of London society in the 19th Century. Of one family in particular's secrets, deceptions, and even dishonours. In true Fellowes style, not all is as it seems behind the velvet curtain.

All of this fabulous lifestyle and even more fabulous drama kicks off when the Trenchard family accept an invitation to a ball. Not just any ball, but one that is now pretty legendary IRL too. The ball in question, hosted by the Duchess of Richmond, falls on the night of the Battle of Waterloo. A historic ball in that, according to the Historic UK website, it began with merriment and dancing and ended with women waving away their men and saying goodbye. Potentially forever.

A period drama all about the upper echelon and their secret lives? Sound familiar? Well the Fellowes is also the mastermind behind the one and only Downton Abbey. One of the most dramatic, engaging, and gripping period dramas of the last decade. More importantly one that didn't give a fig about main characters and killing them off with pretty much zero warning. A tough AF pill to swallow but damn — that's good television.

This article was originally published on Oct. 24, 2019