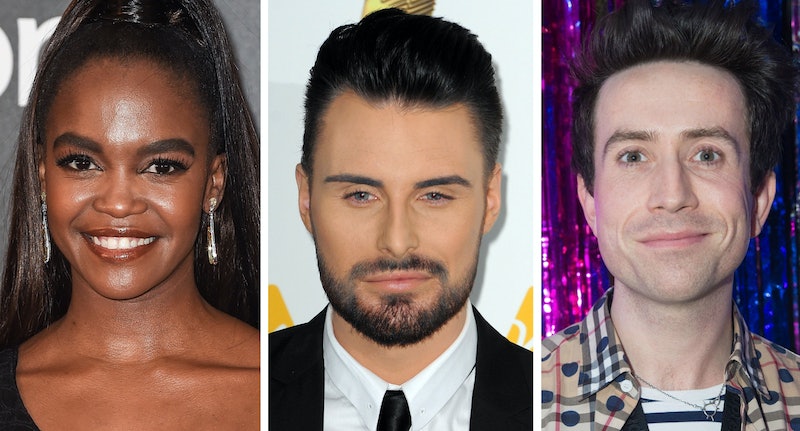 As invested as I am with the current roster of islanders on Love Island, it hasn't filled the significant hole in my heart left by the absence of Gogglebox. Although, Channel 4 must have been reading my mind as they only went and announced a new celebrity version with a release date that's sooner than you may think. So when is Celebrity Gogglebox on TV, and how on earth will the UK split their time between that and Love Island?

Well, you don't have long to wait as Celebrity Gogglebox will premiere next Friday (June 14), as the broadcaster announced as the 13th series of the original programme ended on May 31. Not only that, but it looks like viewers won't have long to wait for the regular Gogglebox either, as show creator Tania Alexander tweeted that you can expect to see the "gogglegang" back in September for a 14th series. I've contacted Alexander's rep to confirm that this is the case, and they tell me that yes, it's totally legit.

With all that excitement out the way, let's get back to this "brand new" series. Channel 4 has produced celeb versions of Gogglebox before, but they were one-off specials in aid of charity Stand Up To Cancer. The Gogglebox Celebrity SU2C Special initially began in 2014 with the likes of Noel Gallagher, Miranda Hart, and Paul O'Grady critiquing the telly along with the regular cast. The special has aired every year since then, with the last being in 2018 starring Dani and Danny Dyer, Louis Tomlinson, Liam Payne, and Peter Crouch.

Celebrity Gogglebox is the first in a new series, which will run for six weeks and will include Rylan Clark-Neal, Oti Mabuse, Chris Eubank, Little Mix, and Nick Grimshaw with more to be announced. "Featuring a rolling cast of famous faces, some of Britain's best loved personalities turn their hand to being the country's most opinionated viewers for a brand new six-part series of Celebrity Gogglebox," Channel 4 wrote in their announcement.

"From Saturday night entertainment juggernauts to the week's biggest news stories, from hard-hitting documentary series to gritty drama, Celebrity Gogglebox offers sharp, insightful, funny and sometimes emotional critiques of popular and topical TV shows, sparking debate and giving the audience the chance to share those 'we said that!' moments with some of their favourite celebrities."

While you'll probably be distracted by the antics and drama on Love Island before Celebrity Gogglebox actually starts, two weeks is still a pretty long while to wait. But thanks to the powers that be, if you want to catch up on the last series of Gogglebox or just want to relive some of the best moments (let us never forget when Lee ate Jenny's face mask), All 4 has every single season of Gogglebox available to watch on catch-up. Not only that, but you can also experience the Australian version of the show (yep, that's a thing) which is as funny as its UK counterpart.

Celebrity Gogglebox premieres next Friday (Jun 14) at 9 p.m. and will continue for six weeks.